Campaigns: Completed Campaigns
Campaigns that are completed should be grouped here.
Hosted by Richard S.
Anti-AircraftCampaign

REPLY & QUOTE
brekinapez (Shell Bush) said
I wouldn't mind a couple extra days myself as work is a PITA right now but we have Friday off and nothing planned but being at home.

Finishing my Tunguska by Wednesday would be a hair tight - would there be any chance of extending the deadline, say, by a week maximum? (I can probably finish by this coming Sunday, but just to be sure...) Thatd be great.

Have fun, everybody, and good luck crossing the finishing line!

REPLY & QUOTE
Lakota (Don S) said
Marc-what size image are you trying to load? When I have that problem it's usually because my image size is very large.
Good luck,
Don "Lakota" 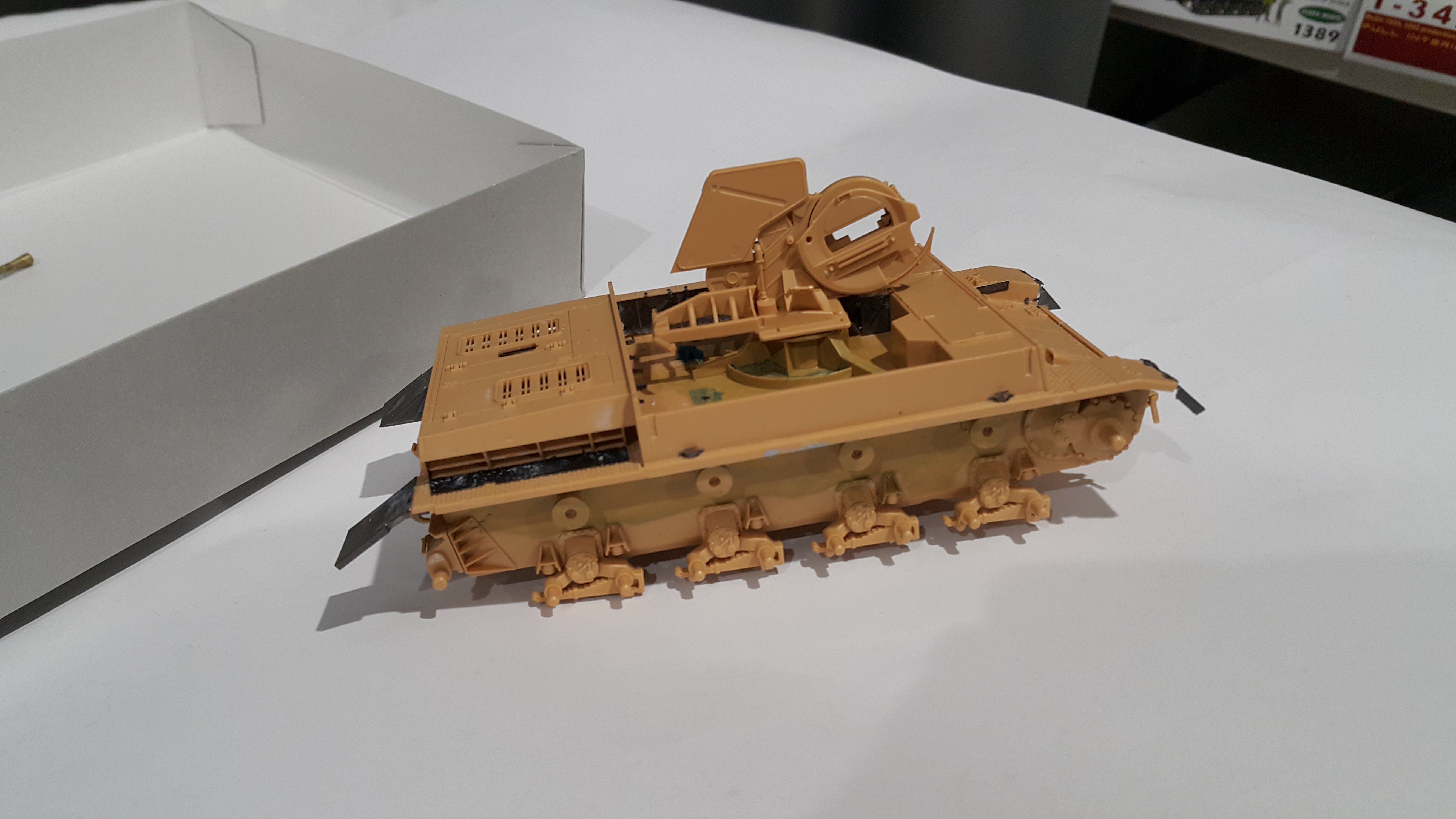 I replaced the kit barrel with a brass one from I Lion Roar(I think, the package label is gone). 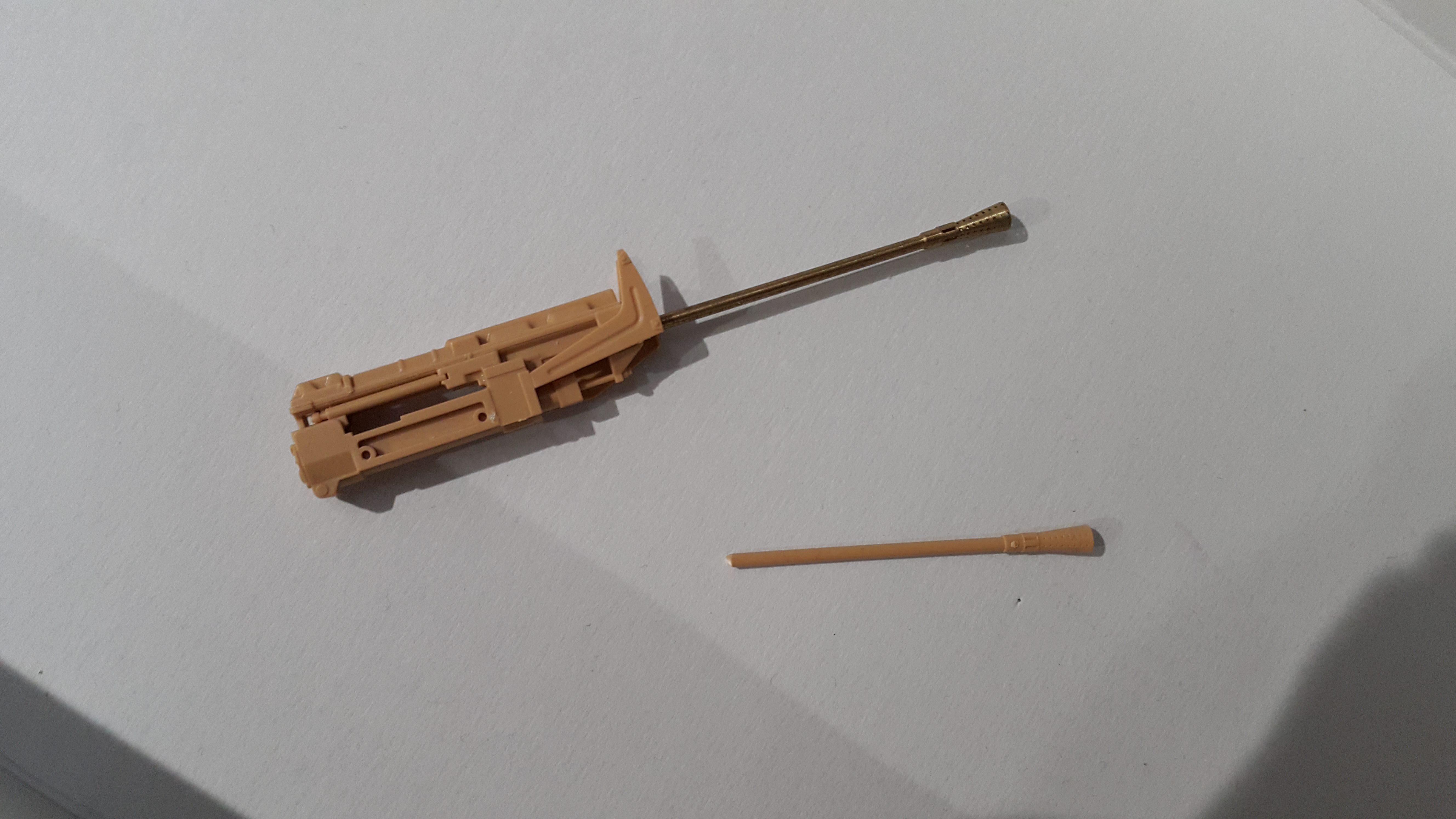 Have done a bit more since these photos, but illness and study workload mean this won't get finished in time for this campaign.

REPLY & QUOTE
Don't you feel more like you do now than you did when you came in?

REPLY & QUOTE
Petro (Marc) said
Alright, what the hell do you have to do to upload a picture into the campaign gallery.
The second time i tried to.
i hit upload, and it looks like it is working, but never does.

It was a fun little build. Thanks for a great campaign.
Take care,
Don "Lakota"

REPLY & QUOTE
SGTJKJ (Jesper) said
A lot of Great builds getting finished towards the end of the campaign. Great to see, guys.

Looking forward to see them finished.

REPLY & QUOTE
brekinapez (Shell Bush) said
So, I can't recall posting my start pic, so here it is plus a couple of progress shots. I should have it wrapped up by the deadline. 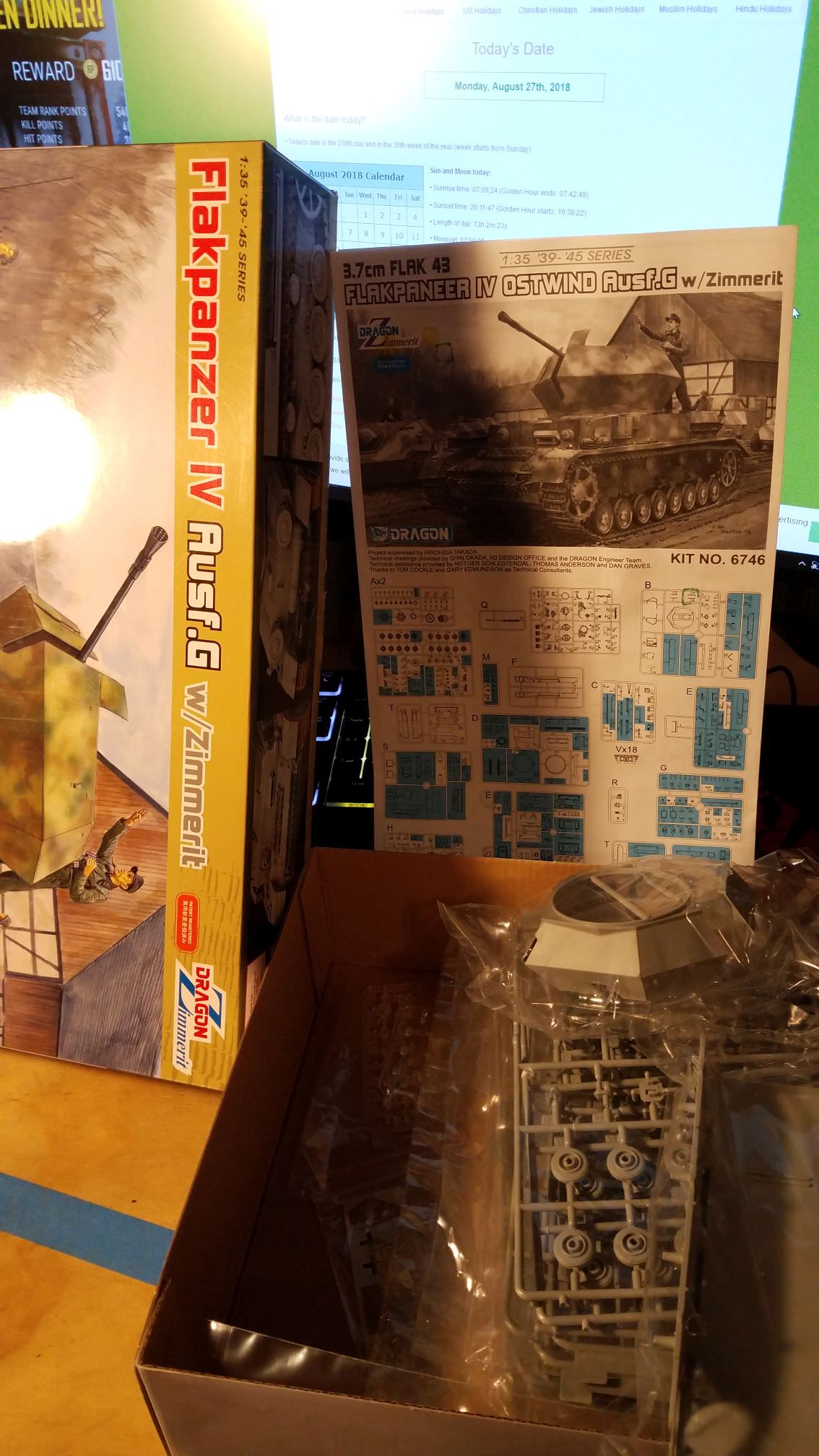 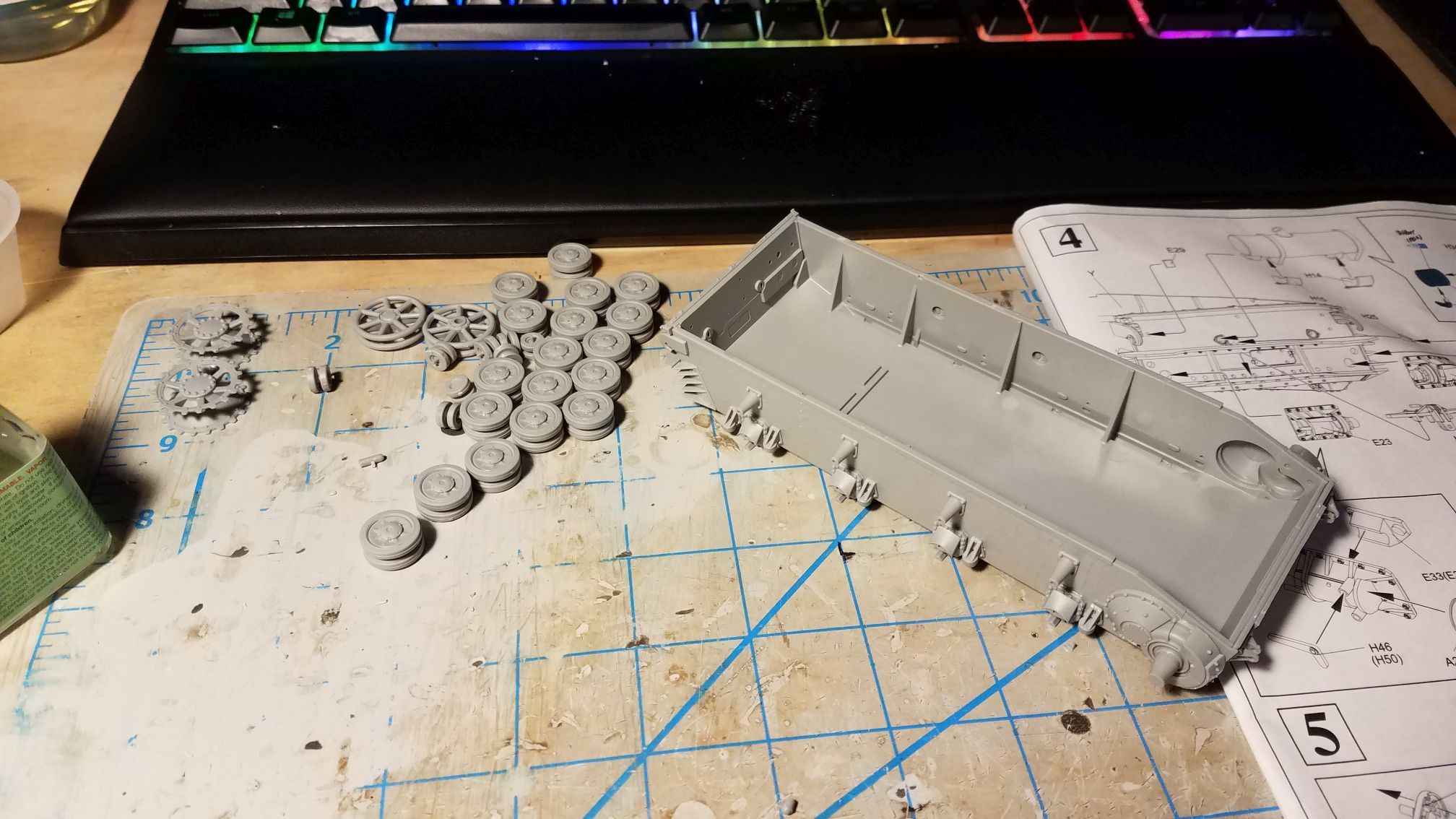 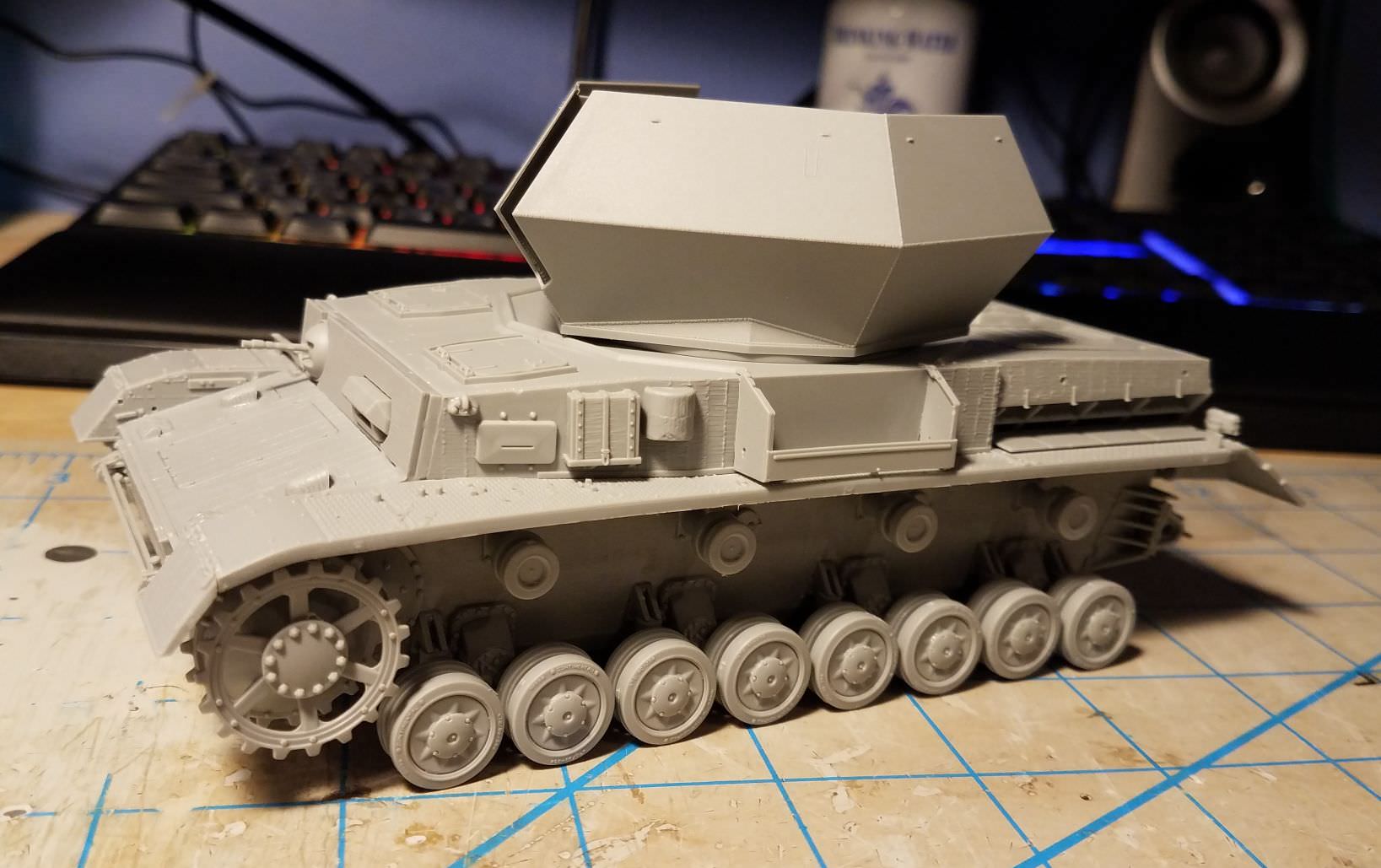 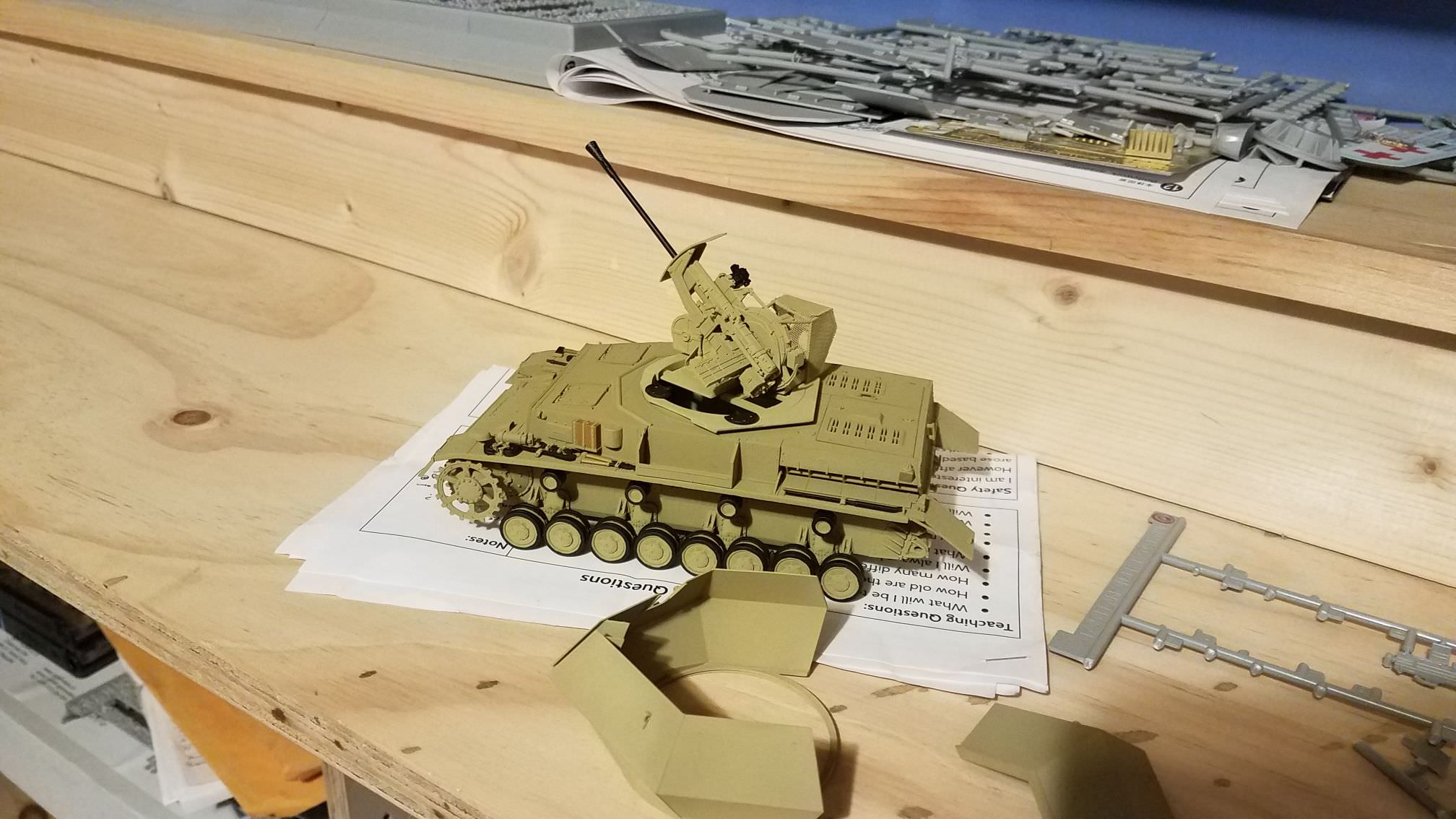 REPLY & QUOTE
TacFireGuru (Mike High) said
Resin barrels replaced by turned brass barrels. Flat coat on. A bit of dusting to do yet. All that remains to be added are the tools and straps. Couple days to go - I should make it. 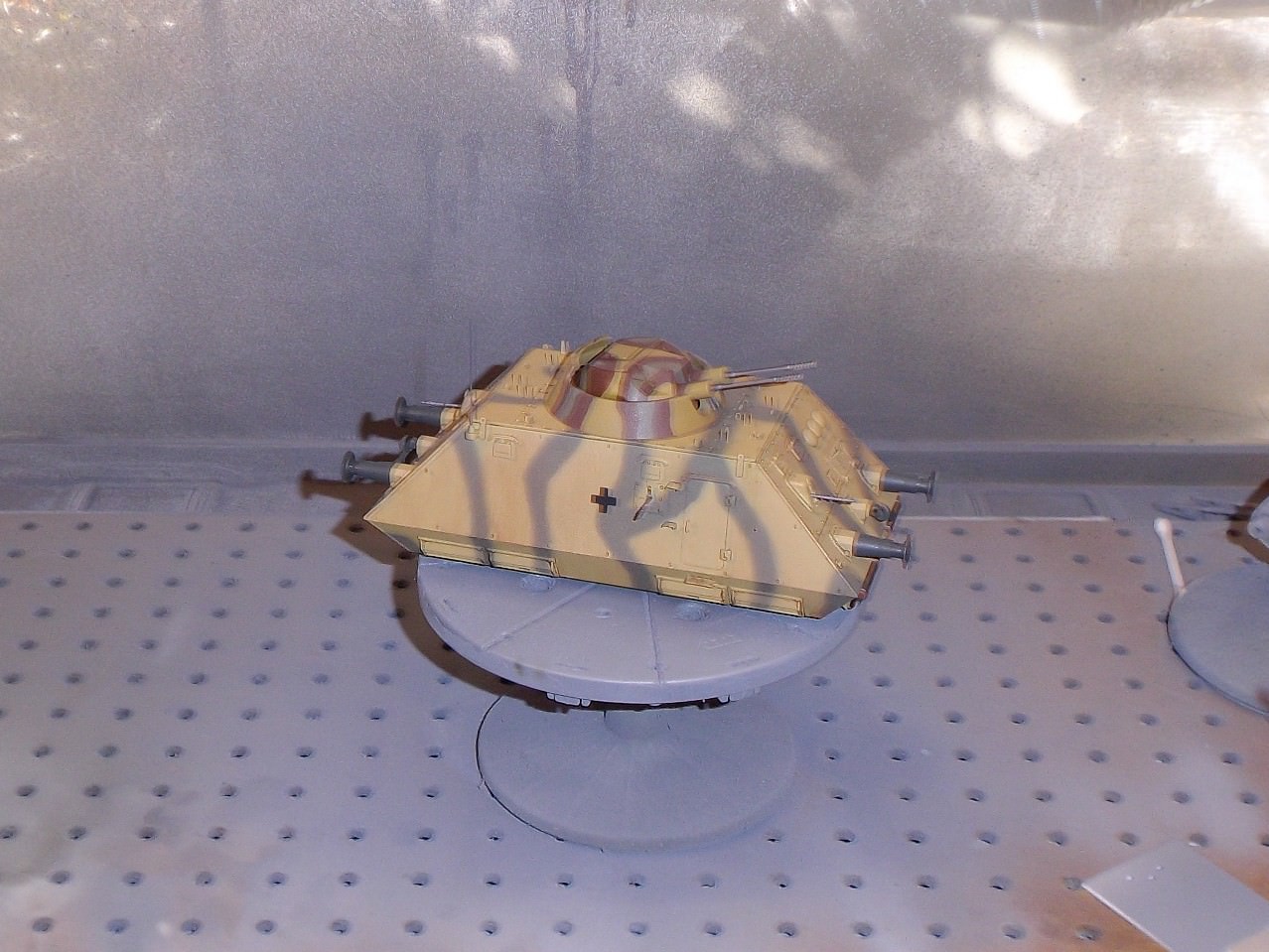 REPLY & QUOTE
Kanguroo (Mr.K) said
Hi everyone,
I continue my Flakpanzer. Some progress: 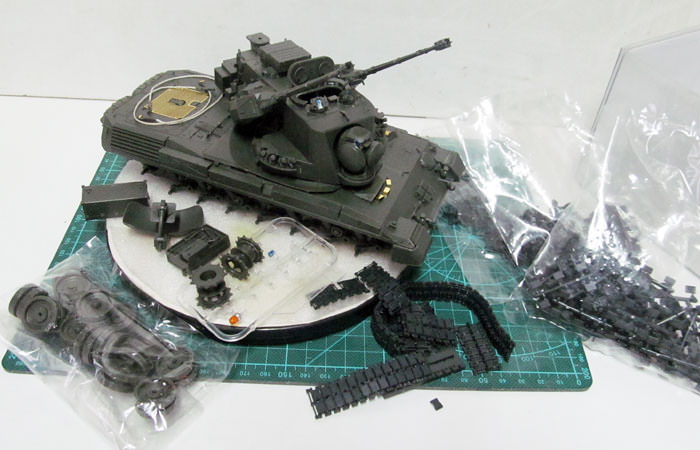 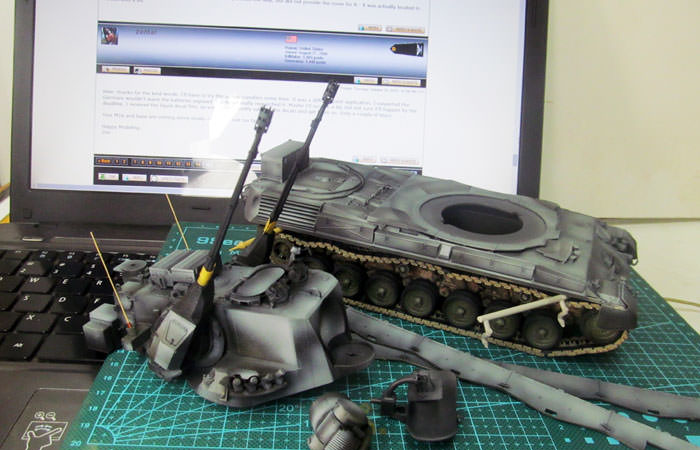 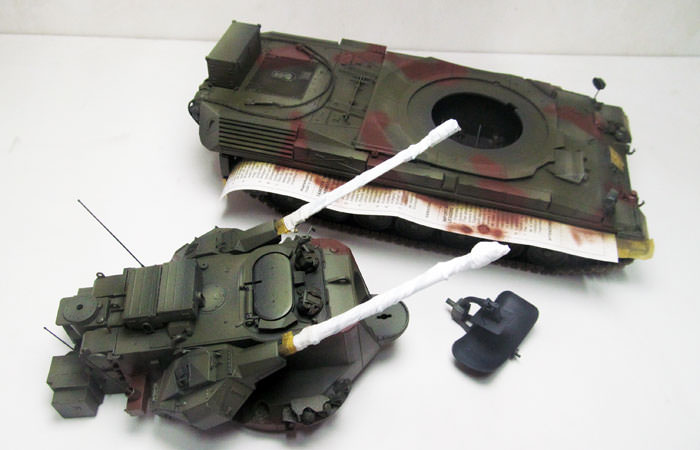 Heading on the deadline.

REPLY & QUOTE
zontar (Zon Sullenberger) said
Pete: thanks for the kind words. Ill have to try the archer transfers some time. It was a difficult paint application. I suspected the Germans wouldnt leave the batteries exposed, but never really researched it. Maybe Ill scratch a lid, but not sure itll happen by the deadline. I received the liquid decal film, so was able to mostly salvage the decals and get them on. Only a couple of tears.

Your M16 and base are coming along nicely. Looks like not too far to go.

REPLY & QUOTE
"Certainty of death.
Small chance of sucess.
What are we waiting for?"
-Gimli, Return of the King.

REPLY & QUOTE
petbat (Peter Battle) said
This one is looking sweet too Zon. Nice effect on the paint job. With a little weathering that will look fantastic.

I'm a bit lazy in my old age, I replace the gauges with Archer decals or similar these days - so much easier than detail painting.


Not sure if you know, but Tamiya provided the battery beside the seat, but did not provide the cover for it - it was actually located in a box with a lid.

Nice work on the builds so far.

Some progress on my part: 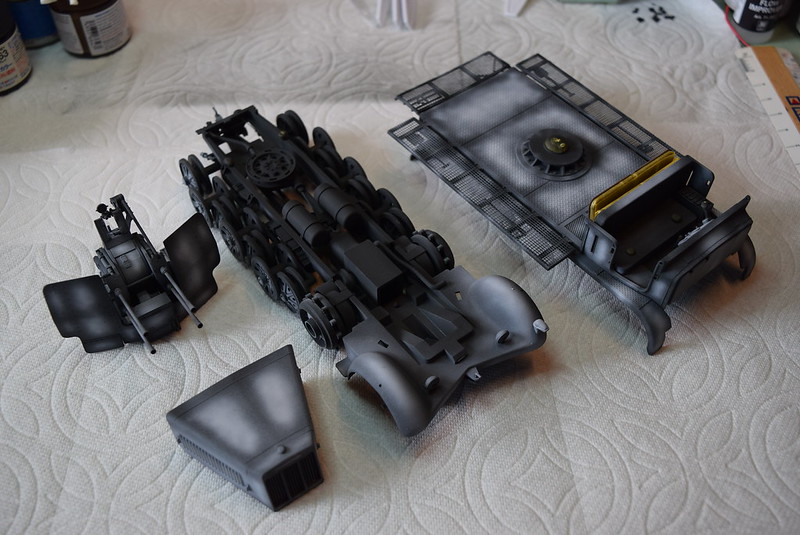 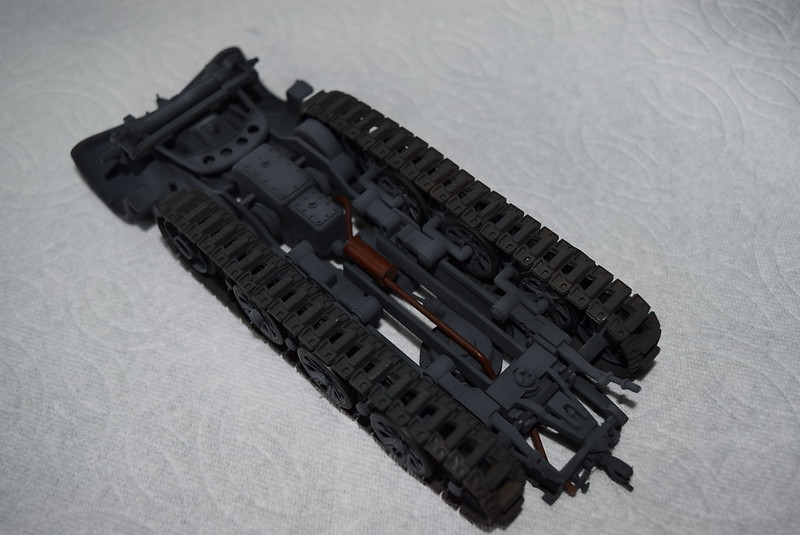 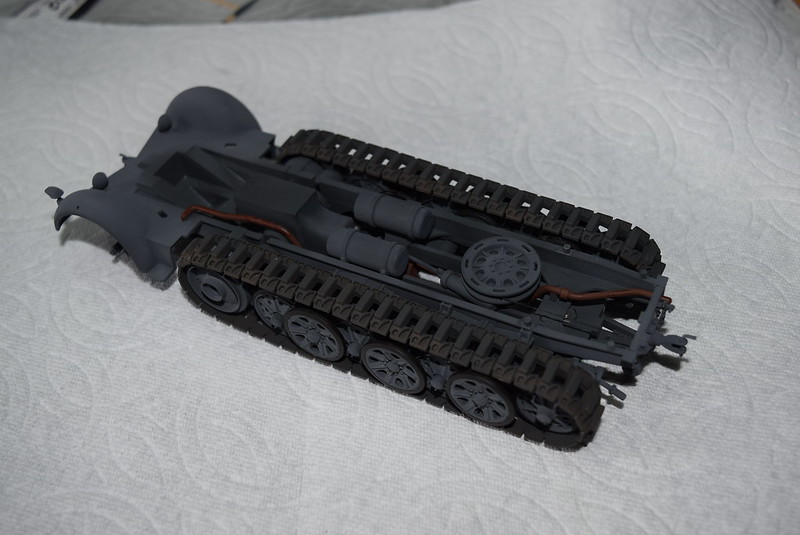 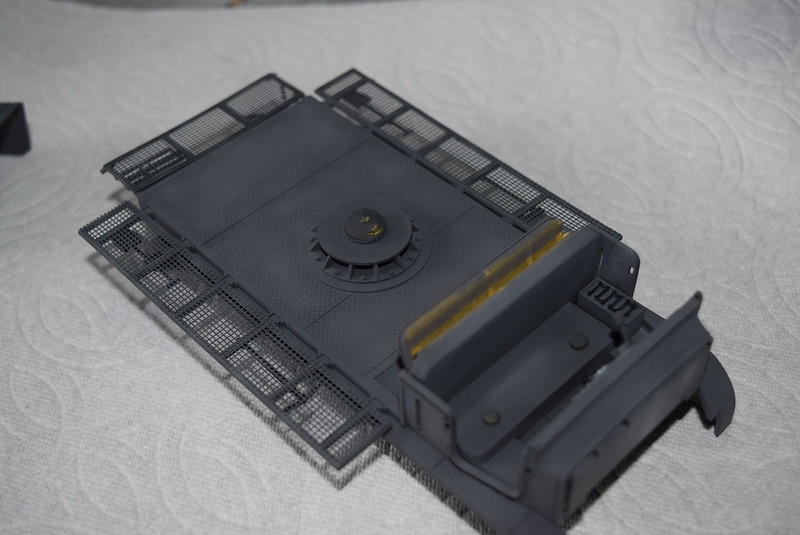 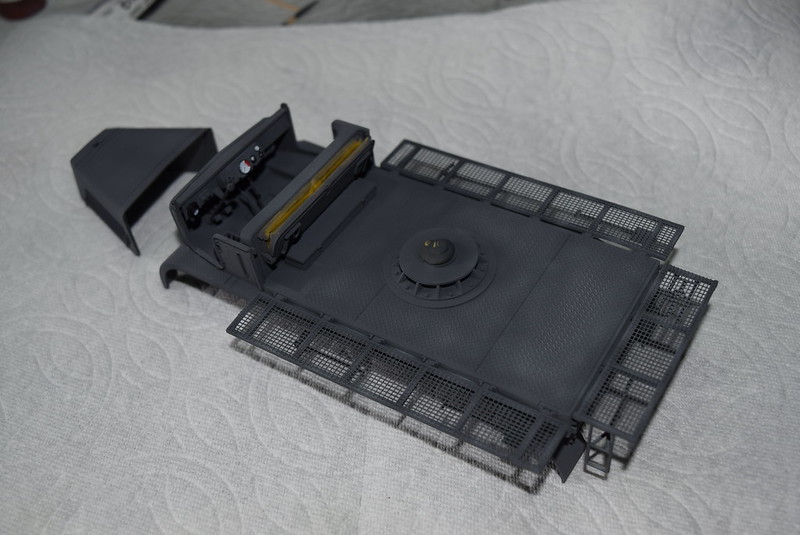 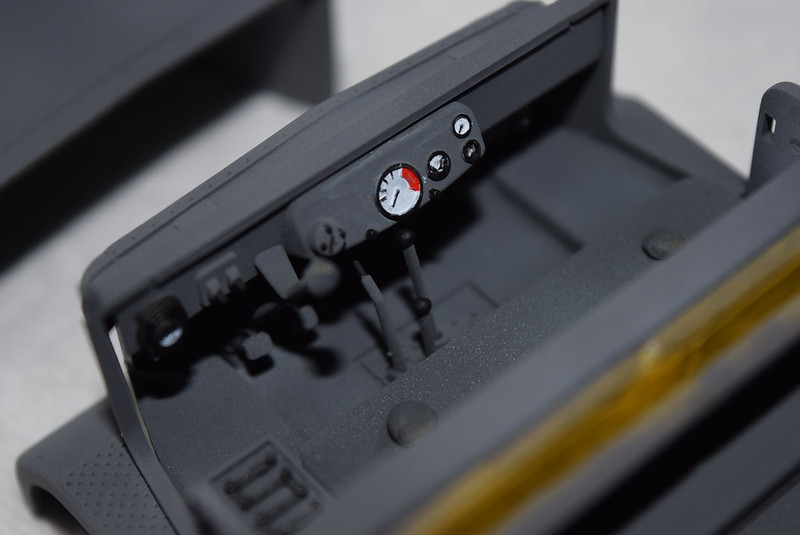 I've also gloss coated and then began decals, however, the second decal split apart and went on in a mess. Being afraid to apply more of the decals, I've ordered Micromark Liquid Decal Film. Hopefully it arrives in time to finish this thing. In the mean time I've decided to press on with pin washes and chipping and will see if I can blend the decals in later.

Hope to have more photos tomorrow.

REPLY & QUOTE
"Certainty of death.
Small chance of sucess.
What are we waiting for?"
-Gimli, Return of the King.

Thanks Don and Jesper. Need I mention the cat had been nowhere near it!!

REPLY & QUOTE
Petro (Marc) said
Thanks all for the comments.i knew when i posted the first pics i had over done the mud. I really shouldn't have been trying to complete it at the time, as i was reqlly over worked and stressed.
Now th efight to get it into the campaign gallery

REPLY & QUOTE
Kaktusas (Darius) said
I got to confess. I was 100% sure, this campaign ends on 1st of October. You can imagine my joy, when i realized i got some more time to finish my build

So i relaxed, a little bit. I haven't done much on halftrack, as it is nearly finished, spent last few weeks on trailer and extras. Trailer is completed, paint, filters, washes and the flat coat is on. I have made ammunition inlay, simulating full ammo load, with few removed boxes. I used kit ammo boxes as master, molds were made using silicone sealant, epoxy - regular 10min stuff mixed with microbaloons (great stuff btw, that can be also used as effective snow imitation, as well, bought from composite suppliers, it is cheap).
Now i got to chip everything (20 pcs flak18 ammo boxes , and same amount of double clip boxes, then spare barrel and accessory boxes, and the trailer itself). This part of build is exhausting. Painting, varnishing, weathering every separate piece is very time consuming, and not most interesting occupation. Decals on ammo boxes? paradox, but you dont get enough of them. You only get 8sets with trailer, and only 12 with flak kit, leaving 4 boxes without decals. I wanted to use "Abstand 30m" decal on the trailed, as it looks somewhat cool, but guess what, it is not included in decal sheet anymore. It should be decal nr 5, but there are only 4 positions on my sheet. Probably most difficult part was painting ammunition in open flak18 boxes. I chose to paint interior dark gray, or primer color. I use brass color from Mig, and the paint is very translucent. It takes several coats to achieve good coverage (easy with airbrush). But once you try to paint ammo box, you also coat the shells with darker color... Then it takes several coats with brush to fix it. I made 4 open boxes, 12 shells to paint in each... Ouch. I wish shells were molded separate from boxes, just like they did on ready ammo clips.
I dont know where i will use all the boxes in the end, most likely will put kit on some sort of vignette base, with figures from dragons gen 2 set (Luftwaffe field division). Altho few reviews state, its same boxes as used for grenades, this is not true. These boxes were only used for 3.7cm shells and empties. Grenade box are different size and shape of imprint is different. They do look alike, but that's the same as using mp40 magazines for stg44.
And heres the progress picture. From now on everything will start coming together, no more work on separate sub assemblies! 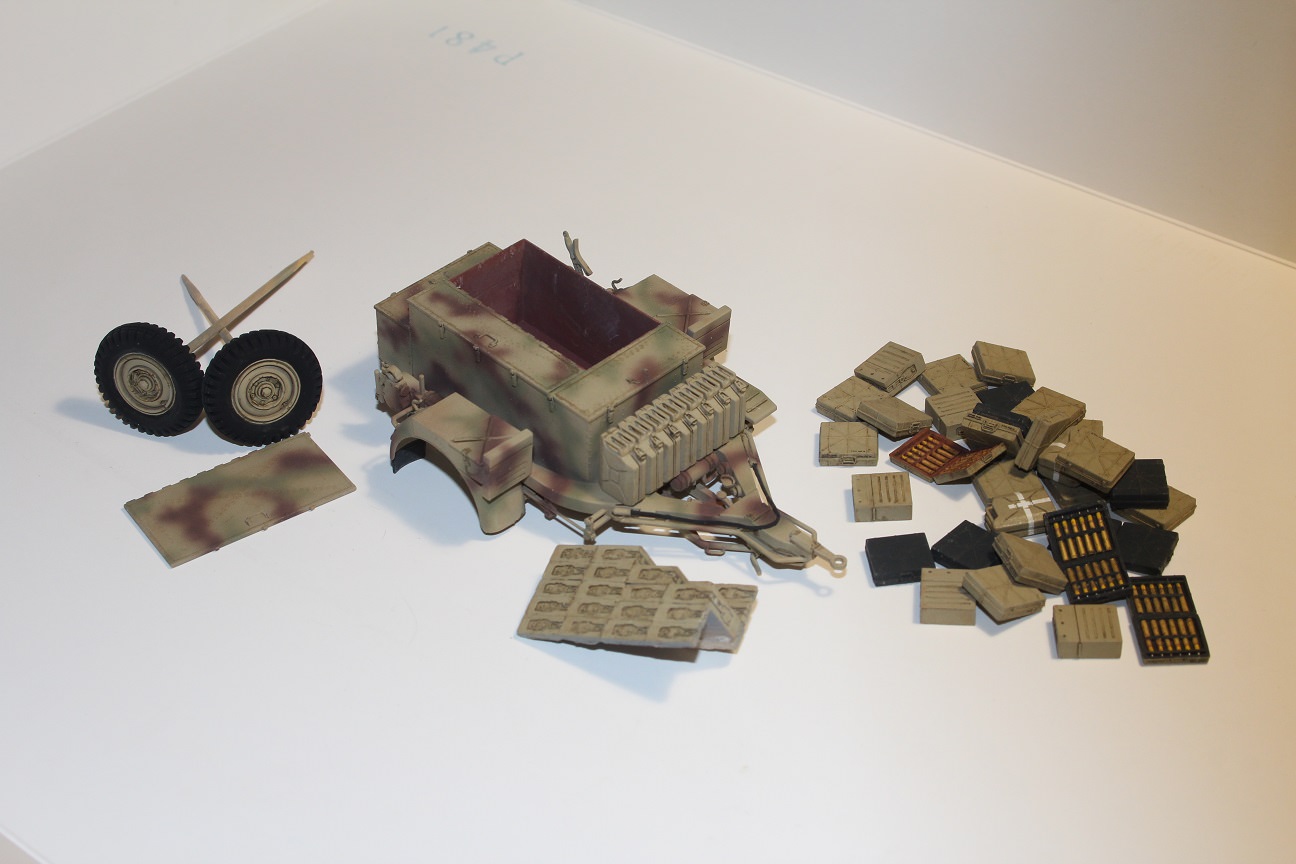 Looks so much better now Marc!

I agree, although I kind of liked some of the lower mud splashes, this does look good! Congratulation on completing your build, I would be proud to have that model in my collection.
Take care,
Don "Lakota"

REPLY & QUOTE
petbat (Peter Battle) said
Okay, where I am at...

Matchbox M16 all but done: Did some work on the little base it comes with. Replaced the train tracks with styrene strip rails and sleepers, added some retaining plates and then glued down some pulverised clay cat litter for the gravel between sleepers.