Here's the link for the KitMaker Campaign Gallery.

REPLY & QUOTE
Thirian24 (Dustin) said
Hey fellas! This is going to be my entry. I was going to start on a Panther last night but I messed up a suspension arm and I don't want to mess with trying to fix it right now. So this killer Leopard will do the trick.

REPLY & QUOTE
Blade48mrd (Mike Durr) said
Progress has slowed somewhat. Spent extra time having to file holes in road wheels to get them to fit on swing arms. I've since learned that this is common on several of Dragon's KTs (though disappointing from a quality expectation for a Dragon kit). Finally managed to get lower and upper hulls done and a base coat started. Completing the turret and then tracks. Painting to commence soon and also start on Alpine tank commander figures.

REPLY & QUOTE
"With your shield or dead upon it!"

REPLY & QUOTE
d111298pw (Mark ) said
Painting and decals are complete. Not perfect, but I'm happy with the results. Still have the tracks and the externals to finish.

REPLY & QUOTE
Chaman911 (Bryan) said
Looks good everyone. Hopefully tonight I will have time to get some work done on my KT. It looks like I have some catching up to do!

REPLY & QUOTE
d111298pw (Mark ) said
Thanks for all the positive comments

REPLY & QUOTE
Tickosity (Latham Furman) said
Looks like people are making good progress. Mine has slowed substantially. I'm waiting for paint to come in and trying to decide if I'm going to put zimm on or not. It's nice to see others making progress and it's keeping me more motivated to finish than I would otherwise be.

REPLY & QUOTE
Bluestab (Alex) said
Time to post some work. As a refresher, I was given what I was told was a Testors re-box of Italeri's 1/35 Leopard 1a5. It was a sealed plastic bag with the sprues and tracks. The plan was to build it as a what-if Leopard 1 armed with the 120mm gun and with reactive armor. The Leo 1a5 was designed with a turret that could mount the bigger gun and equipped with the compatible fire control systems.
I build a series of what-if AFVs based on the premise of "mercenary-paramilitary forces" used by Nato and Warsaw Pact to fight proxy wars and avoid "direct conflict" to avoid things escalating to WW3. Think Megaforce but without the motorbikes and metallic jumpsuits. They are equipped with oddball variant weapons...like a scout recon vehicle using a Sheridan chassis with a Bradley turret or a M113 with a LAV-25 turret.
The Leo1 with the 120mm gun should have fit right in...I even had the backstory worked up for the upgunned Leo. Unfortunately the Leopard1a5 kit is actually a Leopard1a4. The 120mm gun is out. But I'll still go with the reative armor and some other bits that come to mind as I build.
The Leopard 1a4 is an old kit...initially released in 1977...but not a bad kit. It's been reboxed...mostly unchanged...for Testors, Tomy, and Revell. Vinyl tracks and dark green Italeri plastic. I've always found Italeri's styrene brittle and it ages badly.
I've decided to not show alot of the normal build aspects. I'm going to focus more on the what-if additions.

Let's get to cuttin' on some styrene...

I built the lower hull and suspension OOB. And that is the last time you'll see any OOB build with this. BTW, I would suggest scrapping the Testors instructions and print out a copy of Italeri's instructions instead. 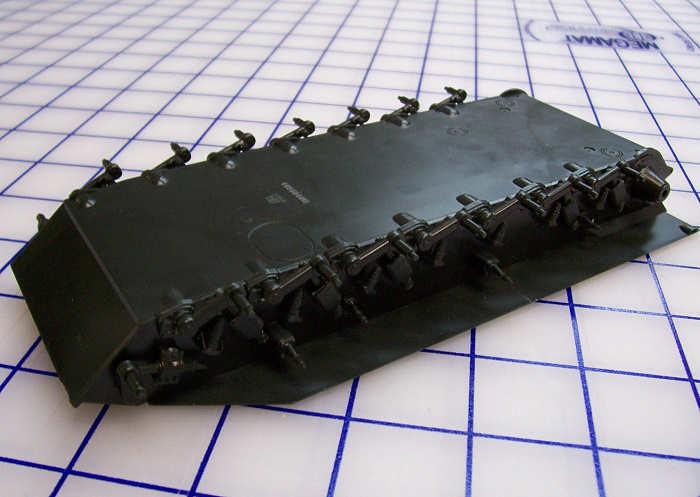 I've never really liked how Leopard1s have their pioneer tools strapped to the sides. The Belgium Leos have side storage boxes, so I used those as inspiration. I scratched up some storage boxes to hold the majority of their tools. I used v-groove styrene sheet to give the boxes some surface detail. 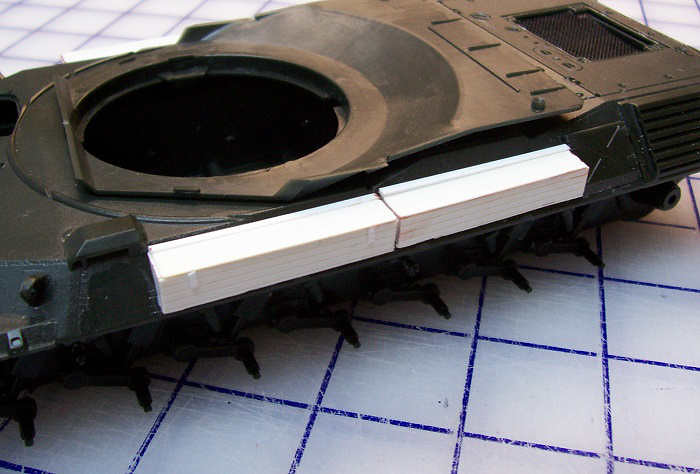 I added a bustle rack to the rear of the turret. I used a variety of styrene strips. I was going to use styrene rod and bend it for the horizontal rails, but decided to use strips to give it a more rudimentary look. I'm not completely satisfied with it, so I might I'll add some mesh to the floor. 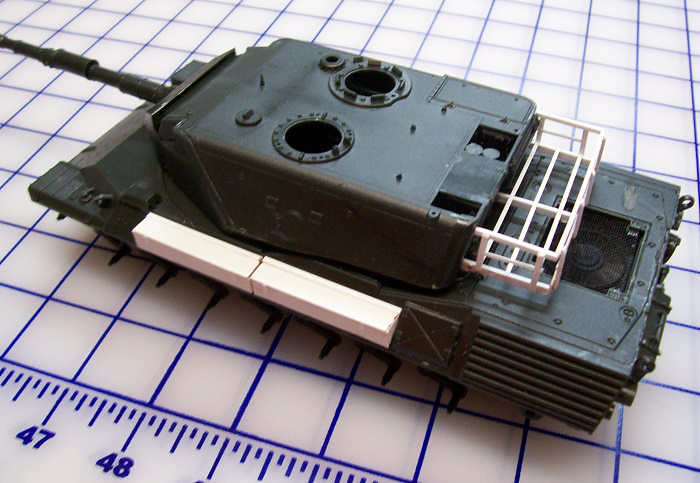 And that's where I am right now.

There's some neat tweaks on the design I hope to get in. The reactive armor is a big one. But I am also thinking about adding US MGs ...maybe including shields...for the commander and loader's hatches instead of the MG3. Maybe using different smoke launchers. And of course the camo scheme will be different than anything standard. But that's where the fun is in these style of builds.

DS tracks, Painted with artist acrylics and highlighted with a silver BIC pen, then tied down with thread for sag. Some very limited interior details only painted buff and given a black wash.

Experimenting with using only oils for dust this time.

I'm quite amazed at the flexibility of the DS tacks and the way they hold the acrylic paint when flexed. They aren't as perfect a indi-link or Friuls... But they are supplied with the kit. 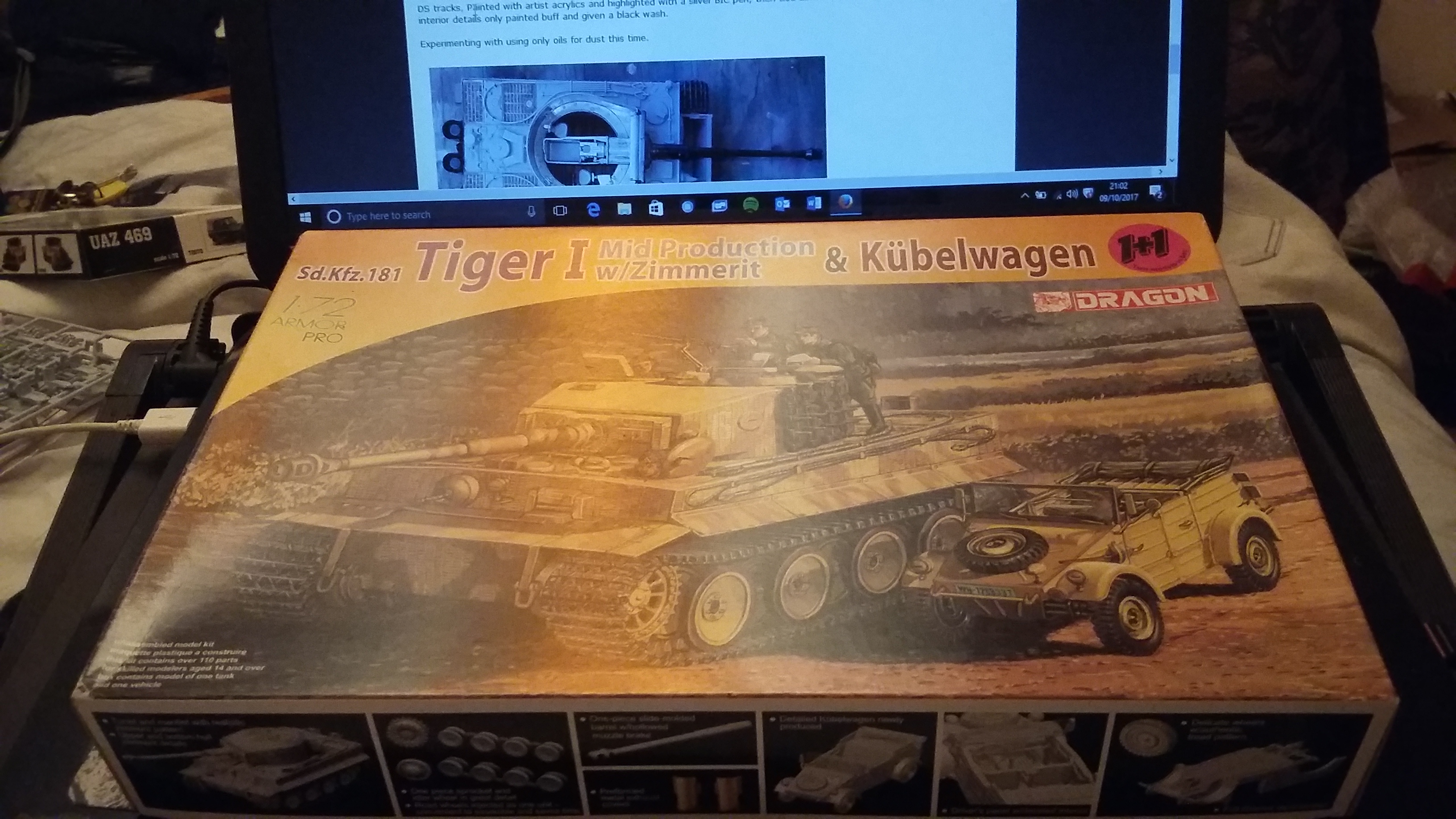 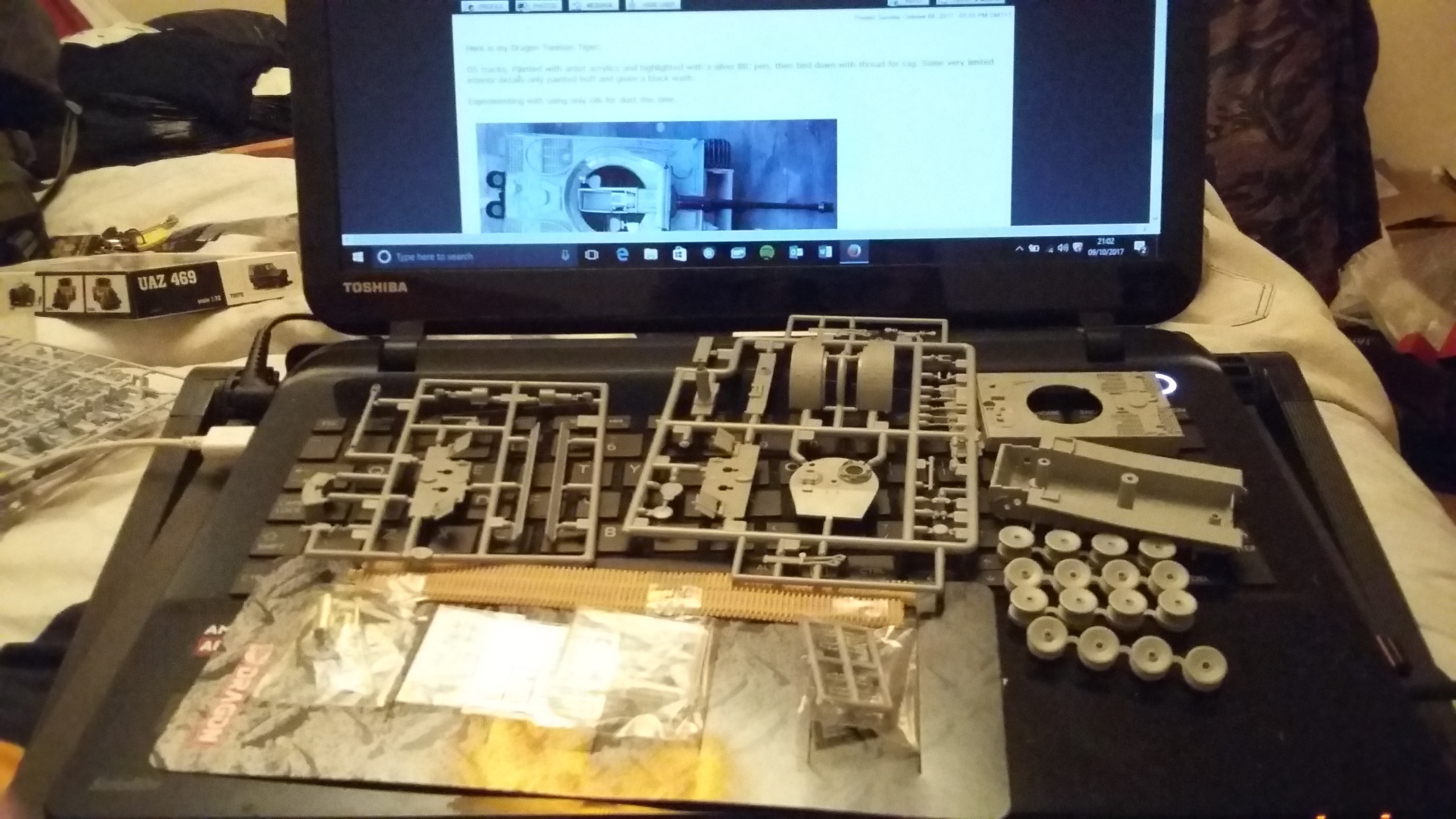 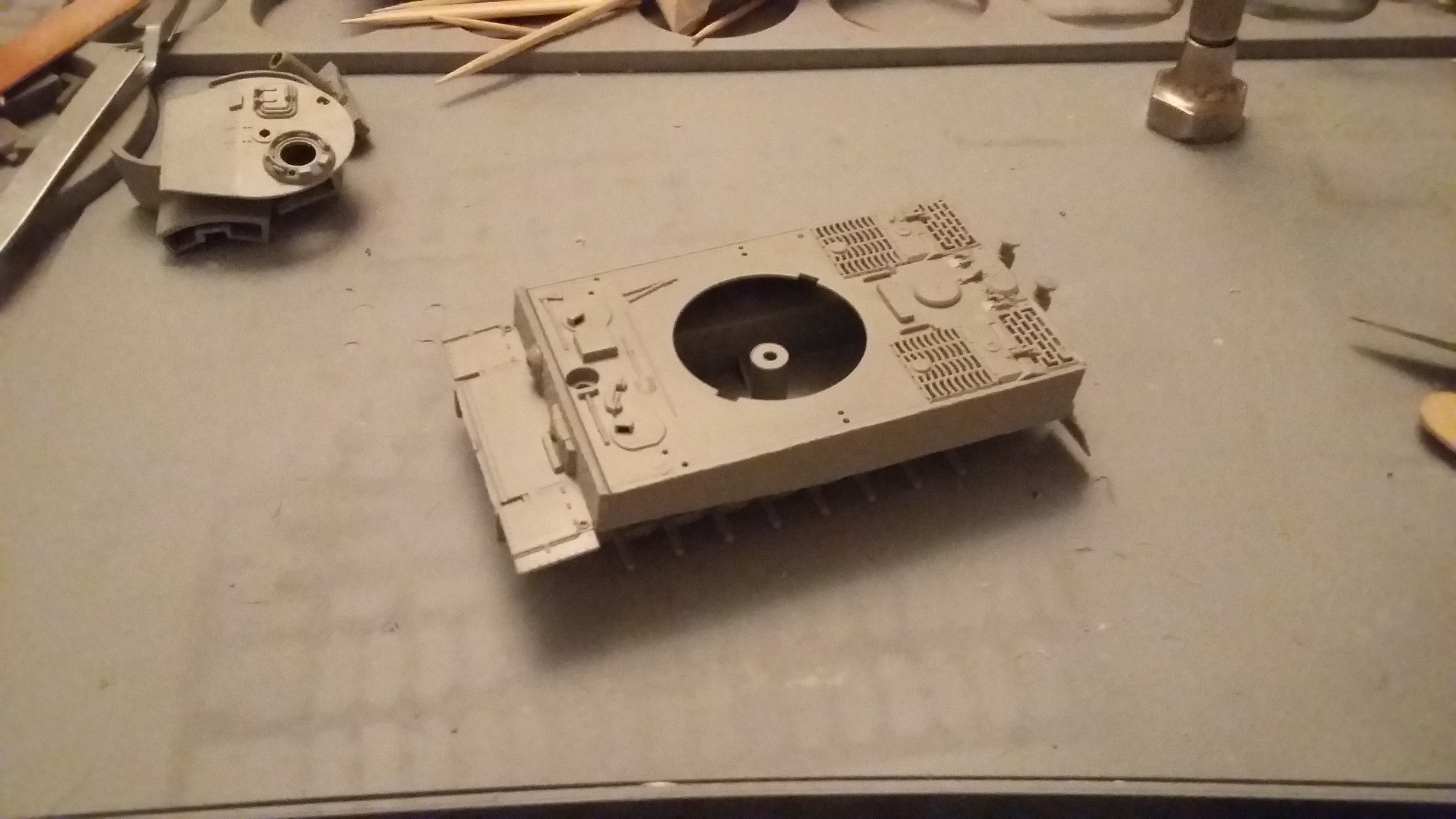 REPLY & QUOTE
Mrclark7 (kelly) said
I am going to switch campaigns with this one. I'll get another entry to for this one.

REPLY & QUOTE
Mrclark7 (kelly) said
What the heck, knocked this out today. Still falls into the category of "cats". But posting more for fun.

Next entry into this campaign will probably be a Panther or my Whittman Tiger.

Love seeing all the progress.

Work has me covered smooth up, so I'm sorry for the lack of my presence.

REPLY & QUOTE
d111298pw (Mark ) said
Finally got some time to get the equipment painted and installed. Next up will be the tracks.

Mark,
That looks great. I just glued on the Feifels today myself.

Looking forward to see updated pics of your build.