We all feel your pain Alex. The PB debacle was felt wide and far and it looks like you have similar issues

Scratchbuilt hinges doors. Don't understand why those have been forgotten. Need to create a place to fix them. Also made vertical parts to fix the protection grille

Antenna boxes and their mounting plates provide in the conversion. I will not used them because my photo reference has a different type.

I have decided to make my own rolled MCS Barracuda with Voyager Model net to replace resin ones.

Good luck everyone with their projects. Bill 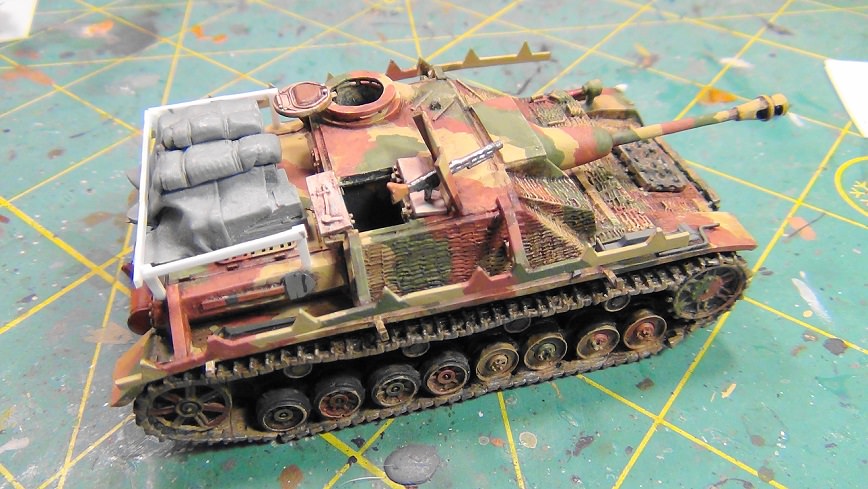 The weathering process is underway. I decided to add some last minute details. I made a stowage rack out of styrene. The bundle of stowage is from Value Gear.

Thanks for viewing. Happy modeling. Bill

Starting to look like a busy little vehicle. The stowage looks great

REPLY & QUOTE
terminators (alex) said
William, thanks for your comments.

Nice addition on your STUG. Stowage and barriers give him an interesting look.

Peter, I don't understand why you can't see my pics.

Good luck with your striker built, it seems to be an interesting vehicle. I don't know this vehicle and I'm surprised a british vehicle has almost the same name than an US vehicle.

Must have been a hosting issue as I can see them now. The finer details like the hinges are looking great - yes, you have to wonder why something so prominent was overlooked!

The major parts of the Striker are cleaned up and I am just doing some refinements and alterations to the basic components. I need to do some scratch building to improve the poor rendition of some of the parts. More on it later as is basically on a go slow while I finish my Ford GPA for the Jeeps Campaign. That is almost ready for paint.

REPLY & QUOTE
ayovtshev (Angel Yovtchev) said
While idling on my Pavesi build I came across a picture of a Bulgarian vehicle towing le.FH.16: 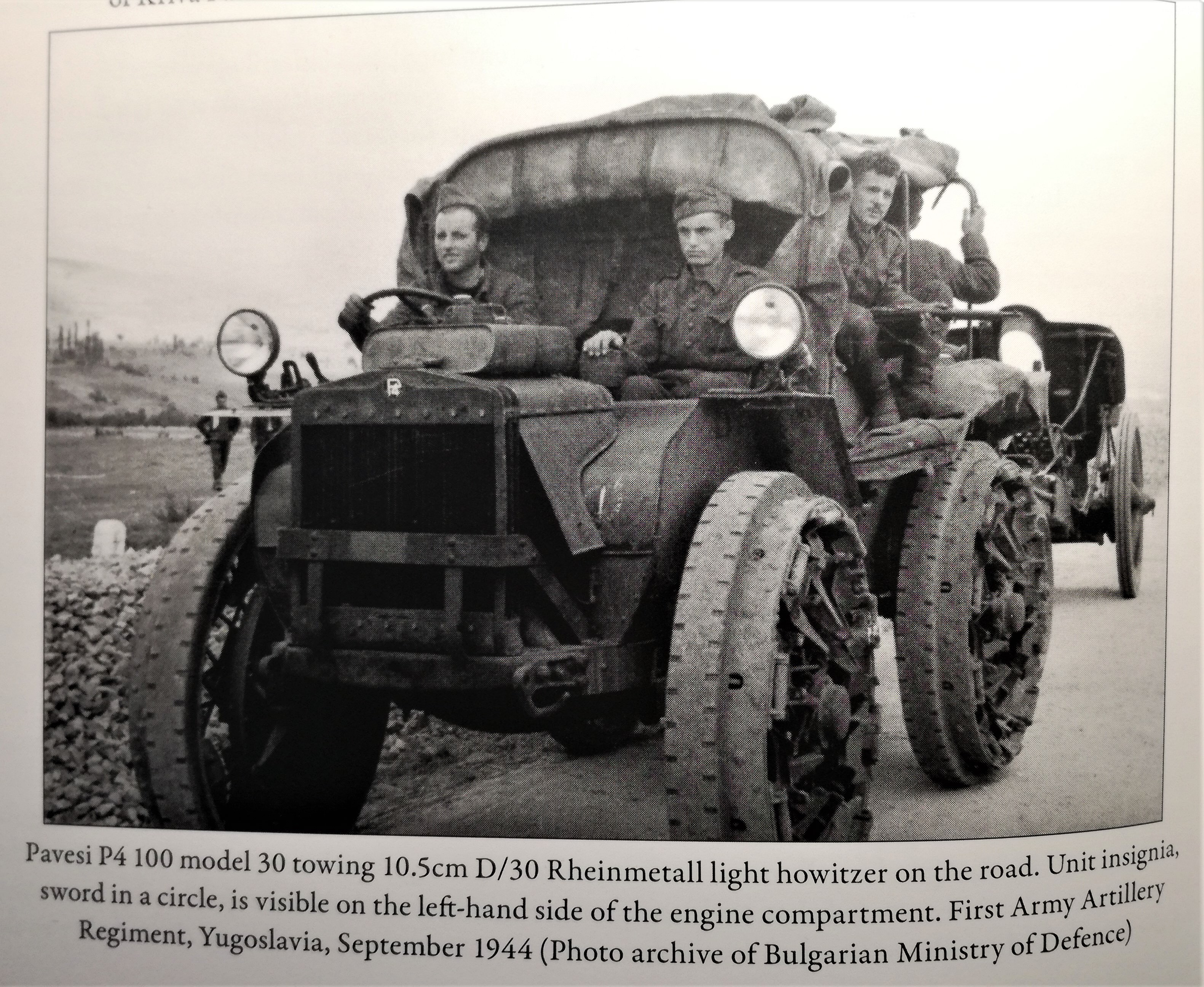 There is a canvas on the fender of the rear cart-I assume it is the side cover- and I needed to add such to my model: 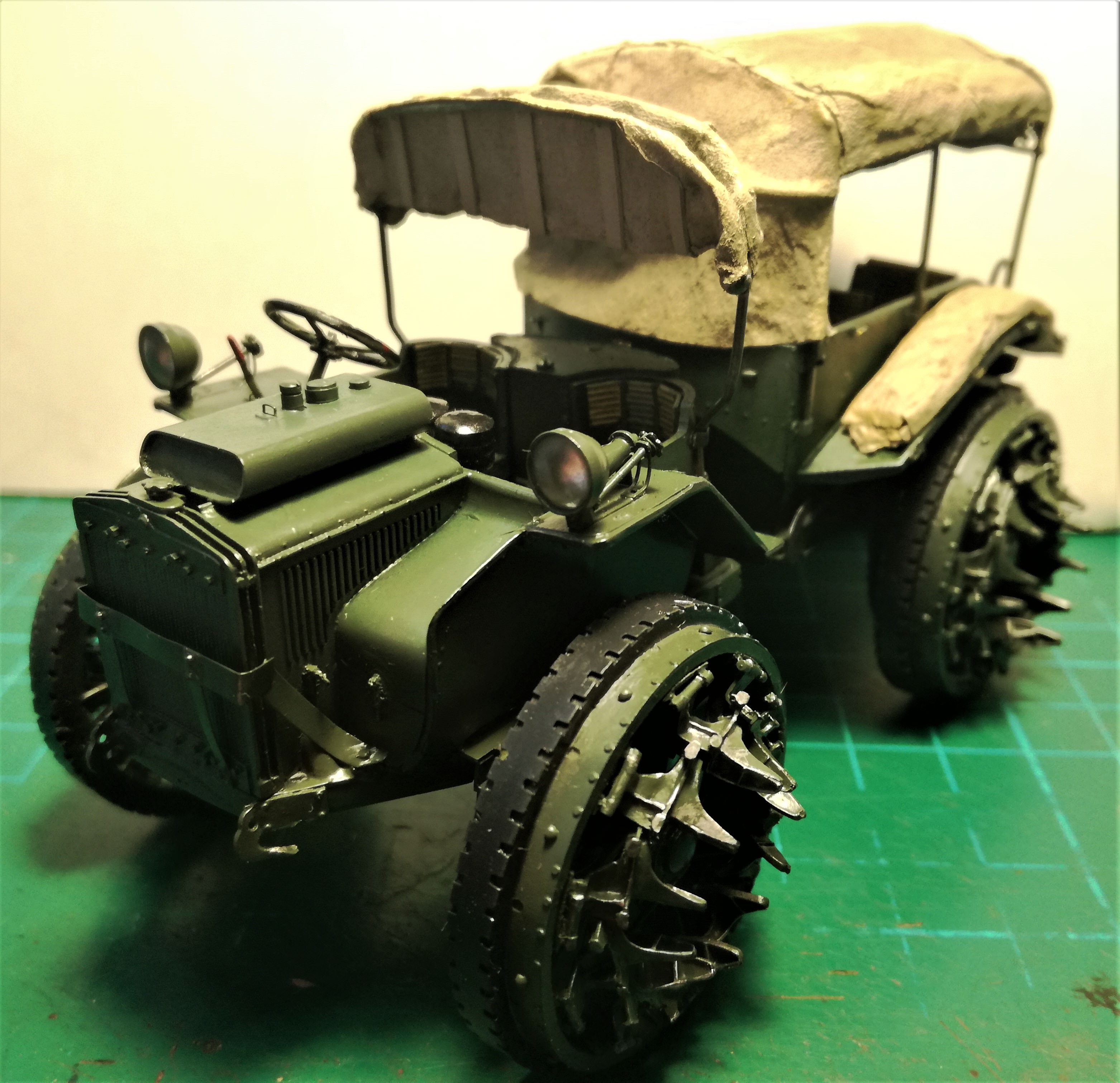 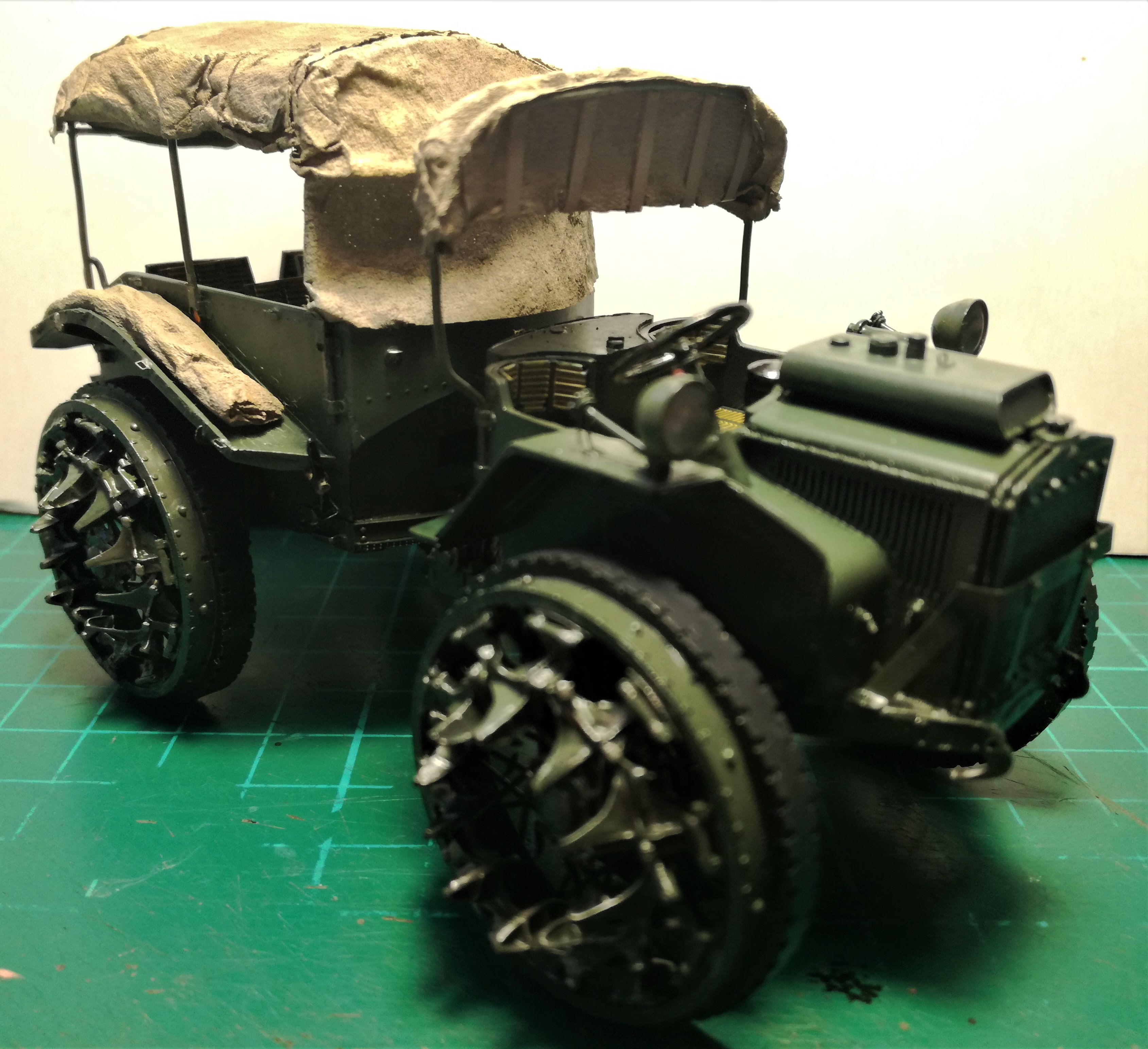 Both canvases were made from napkin and diluted white glue-folds were helped forming with toothpick-and will soon have ropes, that go through the respective brackets, to "hold" them in place.

REPLY & QUOTE
petbat (Peter Battle) said
It's back and being worked on... prayers answered
Okay I've had my fix Angel. I'll calm down now 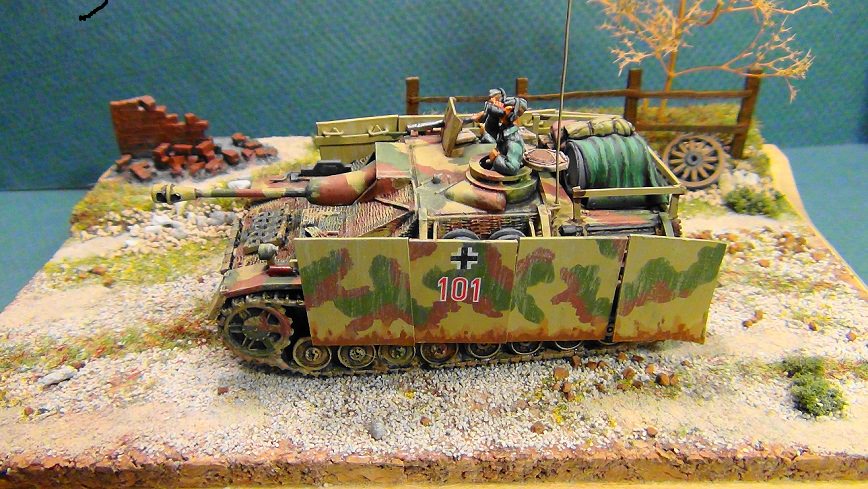 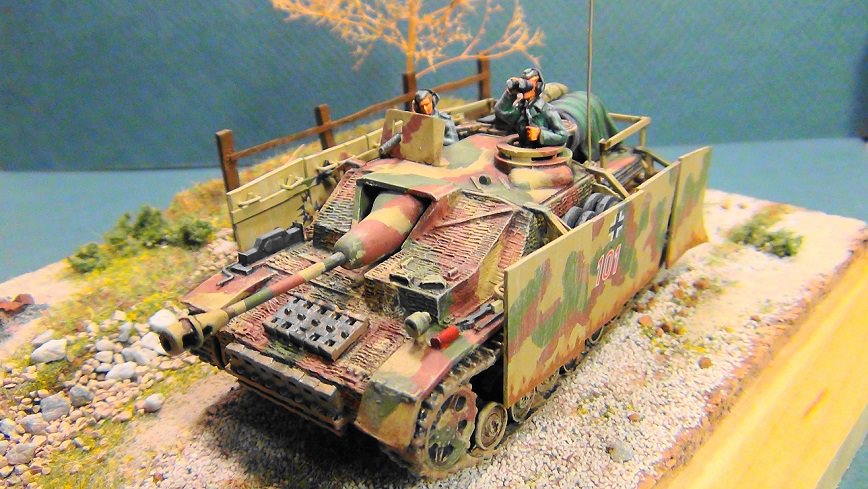 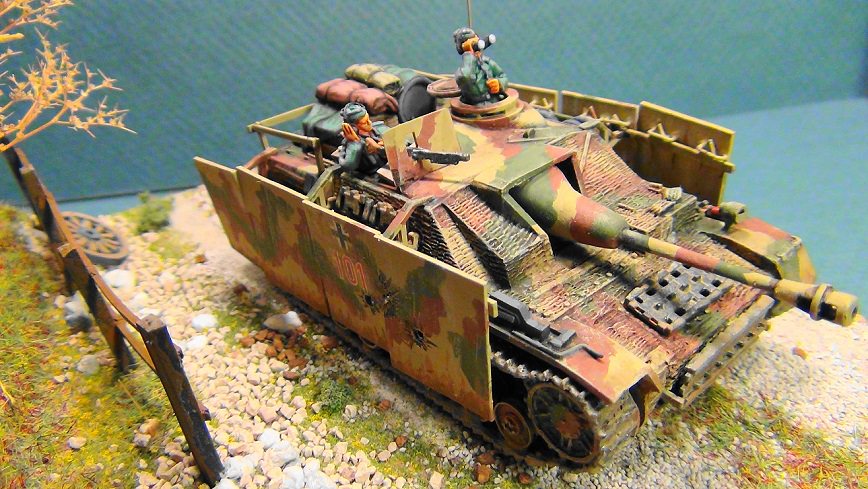 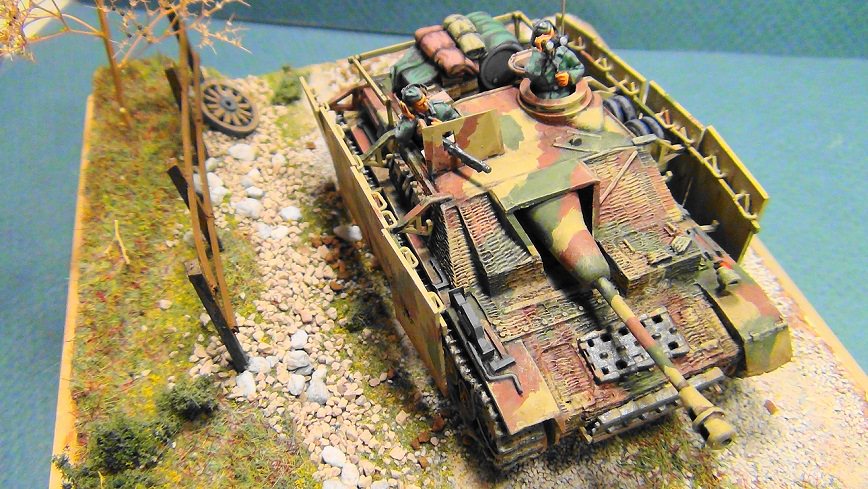 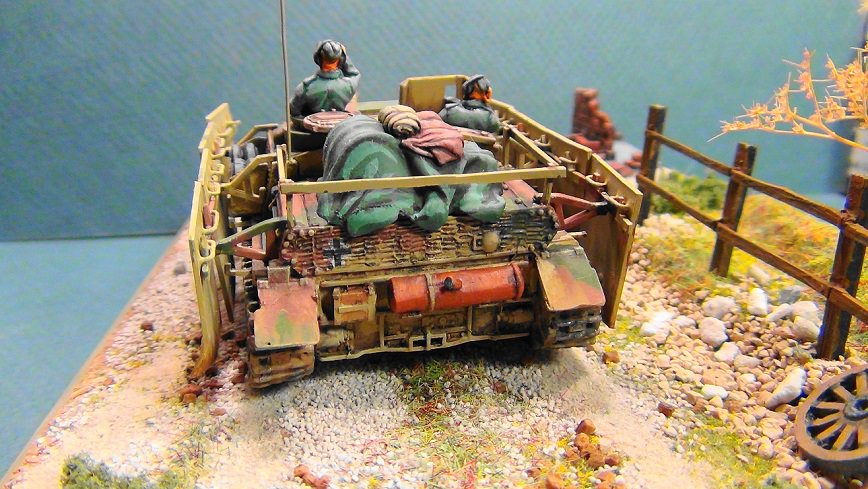 I had a wonderful time participating in this fun campaign. Good luck everyone with their projects. Happy modeling. Bill

REPLY & QUOTE
terminators (alex) said
Excellent work you have made on your STUG and diorama base is great.

REPLY & QUOTE
petbat (Peter Battle) said
Looks fantastic Bill. Great job. It has been fun watching the little beast come to life. Thanks for joining in.

Amazing what you achieved in this scale!

REPLY & QUOTE
tinbanger (Richard Tonge) said
Resin track sections on,somewhere I have metal tracks but I will find them when model is complete

Track sections were missing so I had to join single links to complete!

Resin track sections on,somewhere I have metal tracks but I will find them when model is complete

they will be in the last place you look for them

REPLY & QUOTE
panzerman1 (william herd) said
Thanks everyone for the compliments on my little Stug IV.

Richard, the resin tracks look fantastic. I see no need to replace them....they are straight and have great detail.

Good luck everyone on their projects. Bill

REPLY & QUOTE
SGTJKJ (Jesper) said
I have now finished my model for this campaign. The Warhammer 30k Triaros APC. Pretty satisfied With the result, despite there are a few glitches here and there. 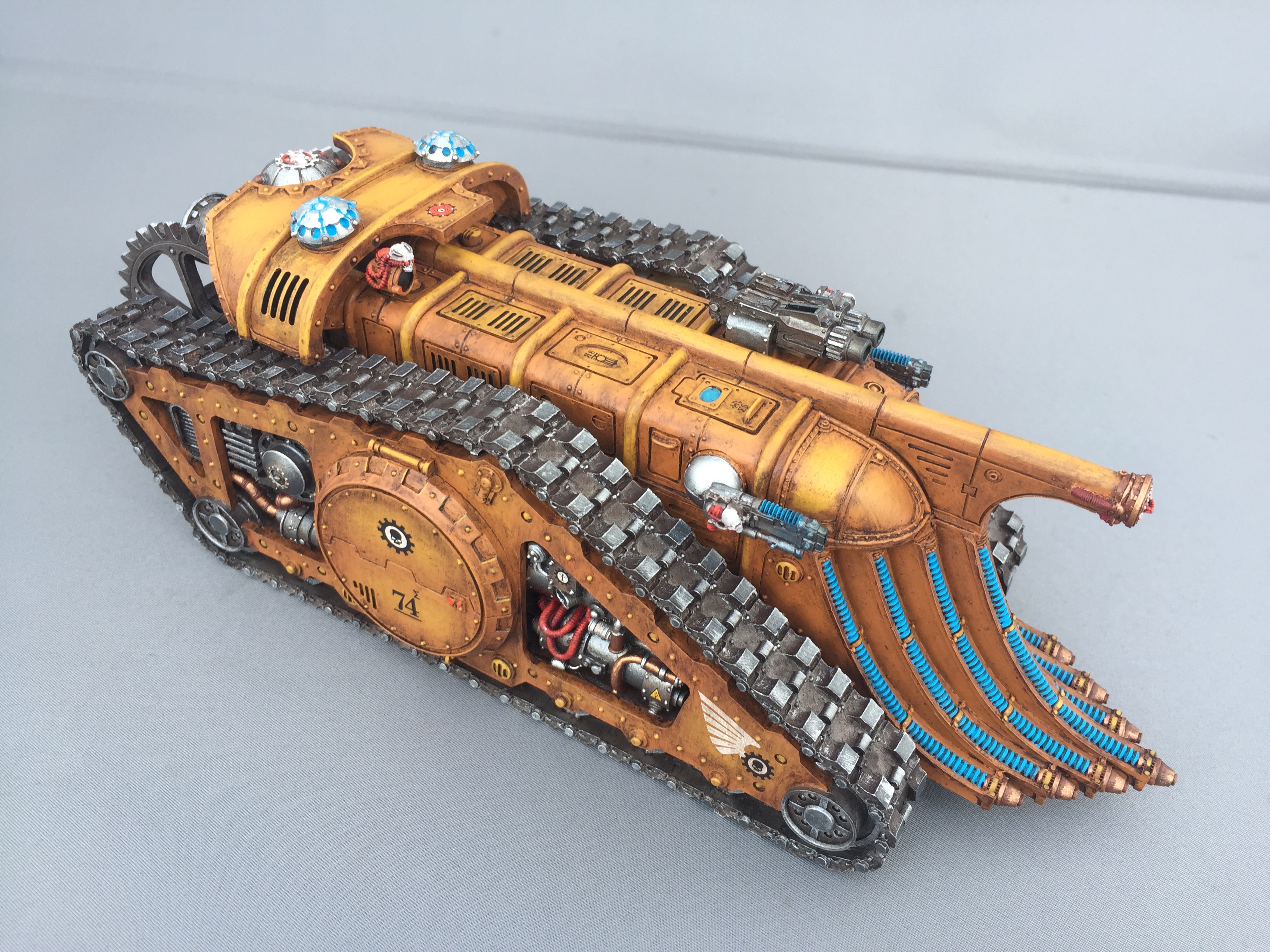 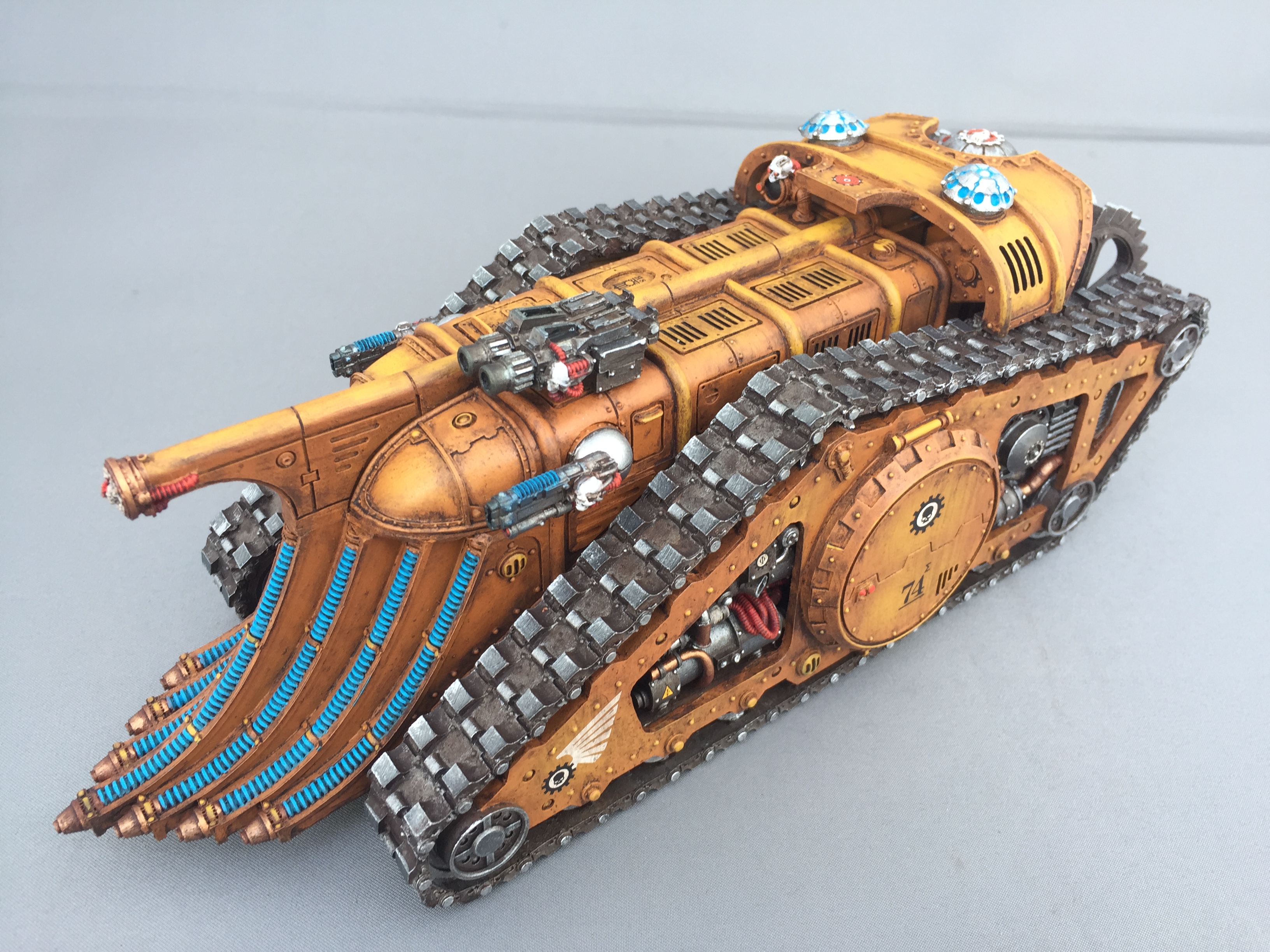 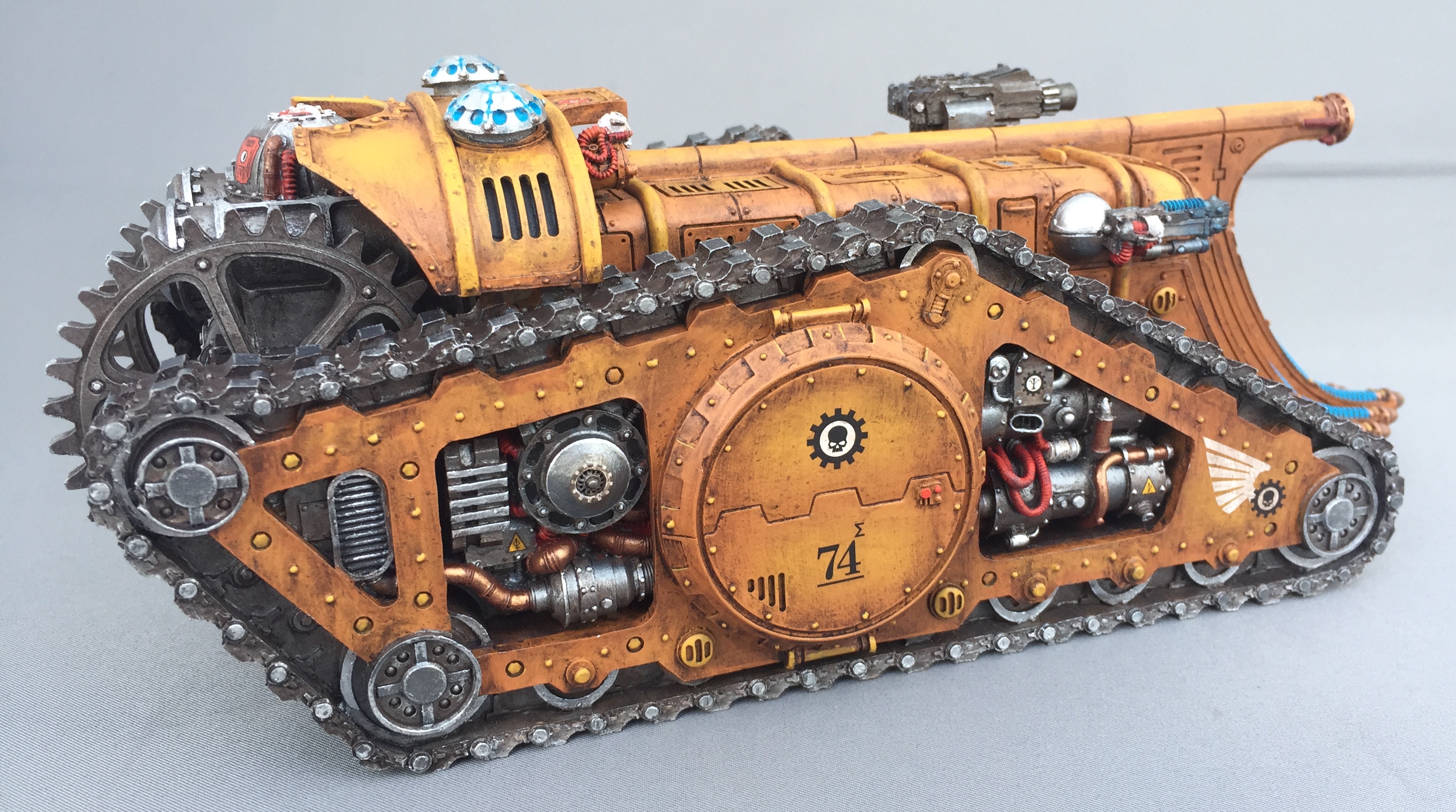 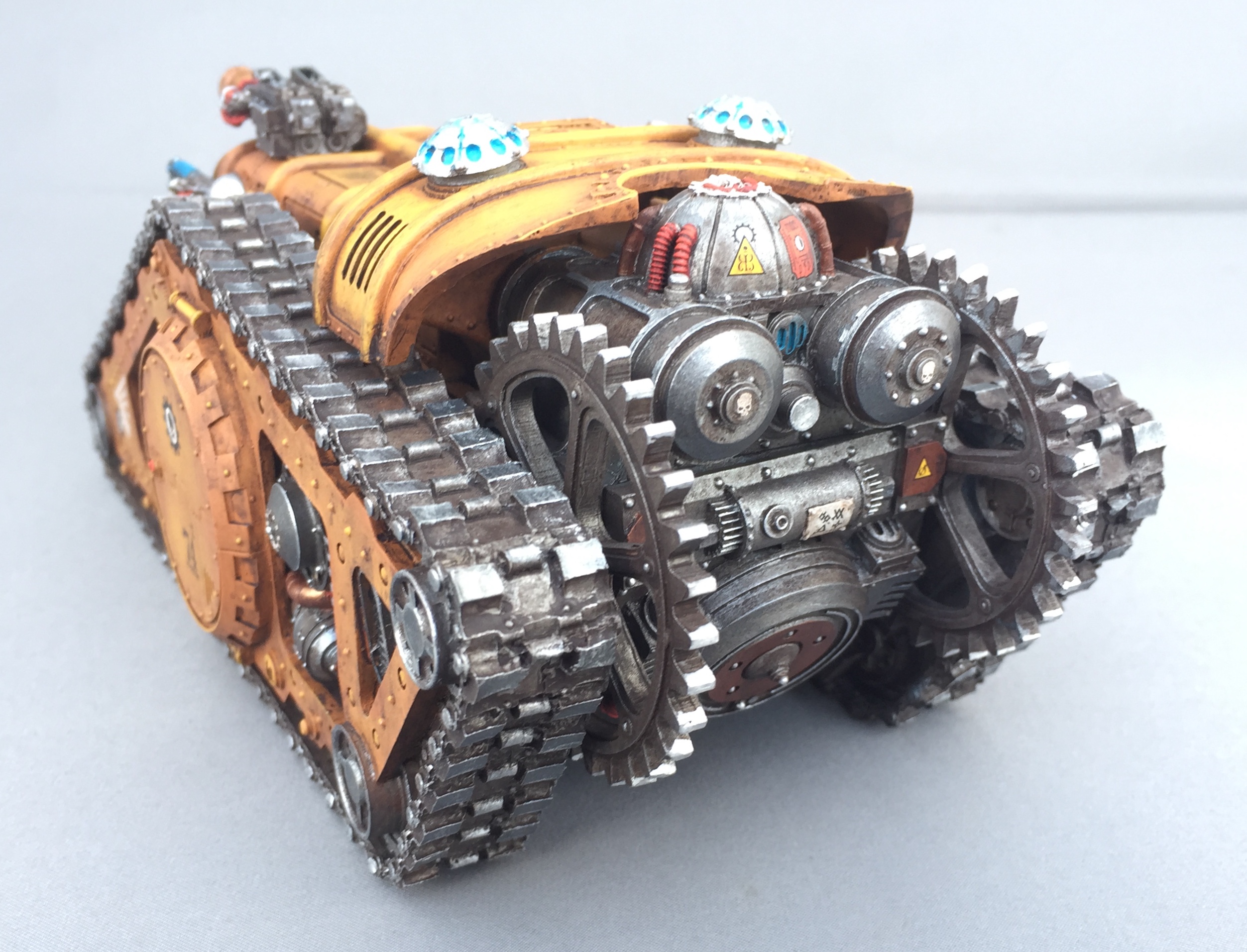 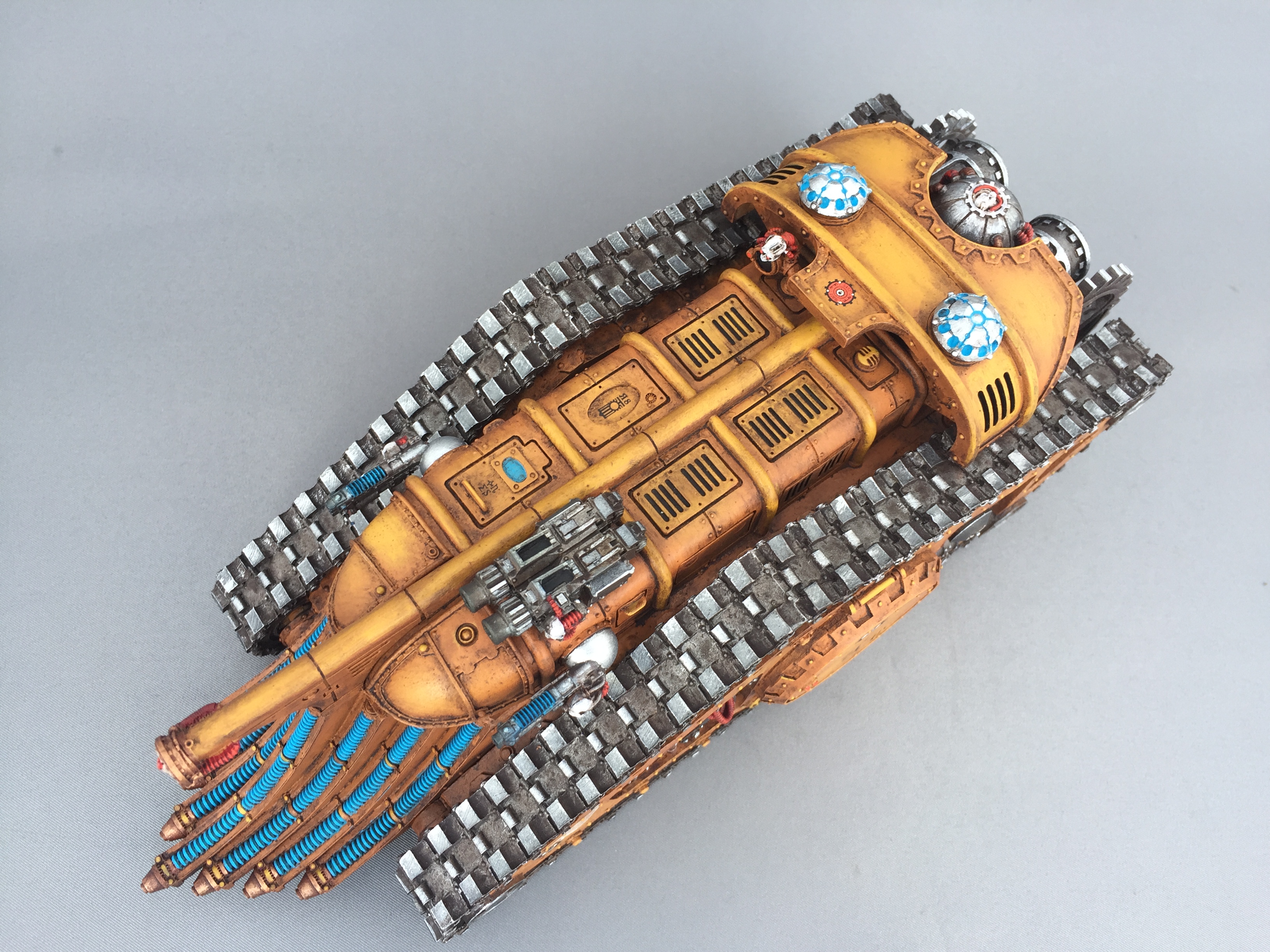 REPLY & QUOTE
SGTJKJ (Jesper) said
A little reminder, guys: I can see I am the only one that has uploaded pictures of my finished model in the gallery. Remember to upload your pictures when you have finished. Otherwise the campaign leader does not know you deserve a ribbon.

Also it is great for all to go to the gallery and see some of the great models finished in this campaign.

REPLY & QUOTE
terminators (alex) said
Jester cool model you have made. There are different examples of paint for this kit on the internet, some very dark,and others coloured like yours.

If it were me though, I just couldn't have resisted painting that dome on the rear like R2D2

REPLY & QUOTE
petbat (Peter Battle) said
Okay, digit out and working on the Striker again. I have to admit I put this aside as the base kit, for all I hear about Accurate Armour, was a big disappointment. But tantrum is over and I'm moving on.

To give an idea of why I paused it. These are the drive sprockets in the kit - buff resin , vs what you get from AFV Club for their Scorpion - OD styrene. Even the hub is nothing like the real thing, AA's being basically a tube moulded on the sprocket rear, not a tapered truncated cone with a flange to bolt to the hull like the AFV Club one, which I cast for this build - Cream resin (top right and sticking out from the AFV Club sprocket on the left).

Fortunately, I want to build and Early Scorpion, and AFV Club provide Early and Late sprockets in their Kit.

The main casting is an older version of the Striker which had the floatation screen mounts on the hull. These in the kit were warped, way too thick, lacked bolt holes and actually had seams running down the center. The length that ran along the front to hold the lights was wafer thin, but too thin to be able to be used (and appeared to have broken off in transit but as this was a second hand kit, I'll give AA the benefit of the doubt on the various broken bits..)

So I have trimmed them off for a later version I am now building.

You can also see some of the air bubbles in the resin in the pic above. Having trouble filling them, as nothing seems to want to stick to the resin. Trying dissolved styrene this time. Next option will be several applications of Cyano Gel

Also started working on the missile pod unit. This is a lump of resin that was made in a slush mould, so it had a depression in the middle and flash up the sides due to shrinkage. Also being poured that way means no detail at all on the underneath. I Have had to score out the gap where the hydraulic strut goes in, and also in the front face where there is a gap between the 2/3 pod housings - AA's take on that is a shallow depression.

Also a start on the scratch built components I will need to do the vehicle I want to portray.

This is getting my hand back in for the full fledged Scratch Build Group Build I have signed up for.

REPLY & QUOTE
petbat (Peter Battle) said
....and what I have been up to the last couple of days:

Added the front mount for the headlights and the stowage boxes I will add. Could only use part of the resin parts AA give you. Still trying to keep this as much a resin build as possible otherwise I would have scratch built them. See the cast replacement sprocket hub in place.. and also the filler! 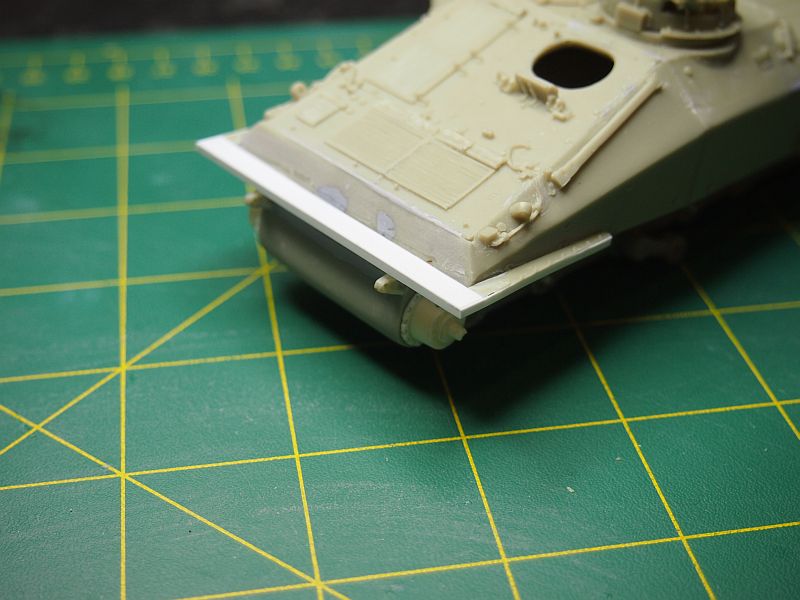 Started detailing the rocket pod with missin bolt/rivet details, etc. AA moulds the disc section in place, but they are out of shape and the mould has split behind them meaning the stem is not a rod but a blob.

I also scratch built the stowage rack that fits on top of it. 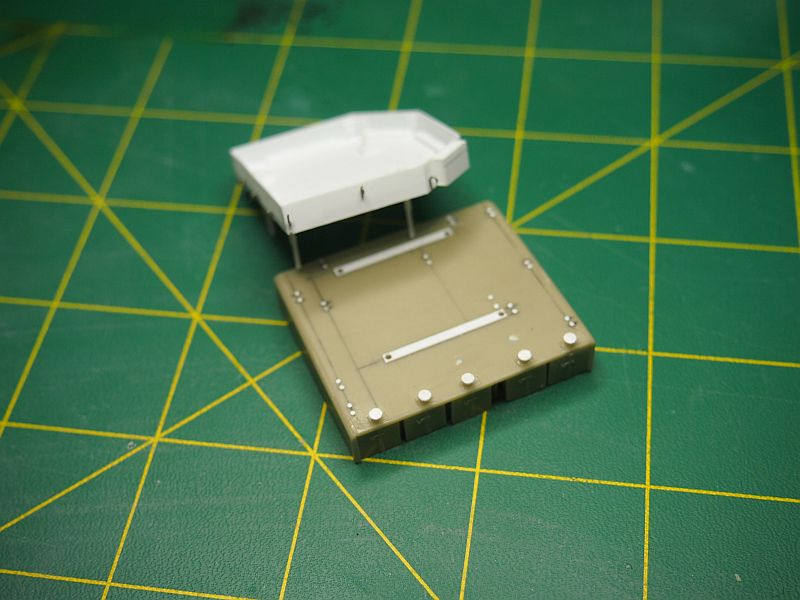 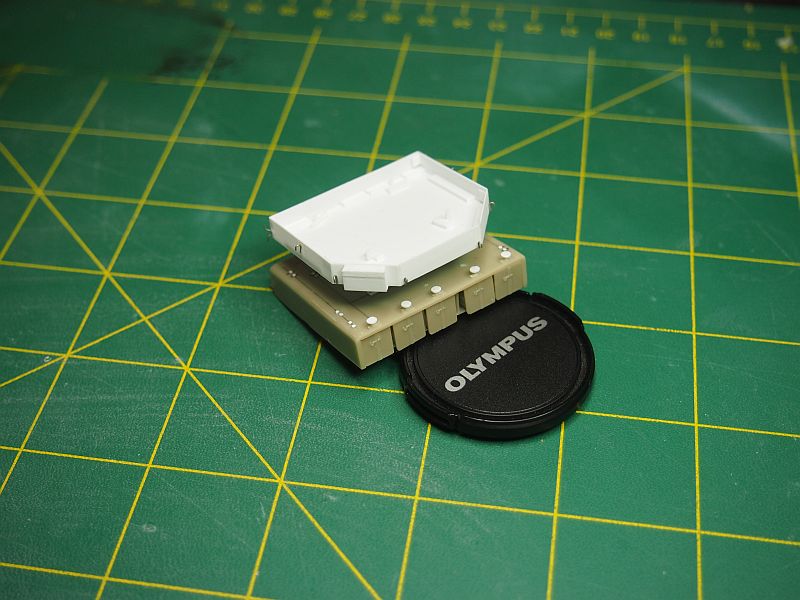 There will be a canvas tarp with tie down cord to the hooks in the end result. 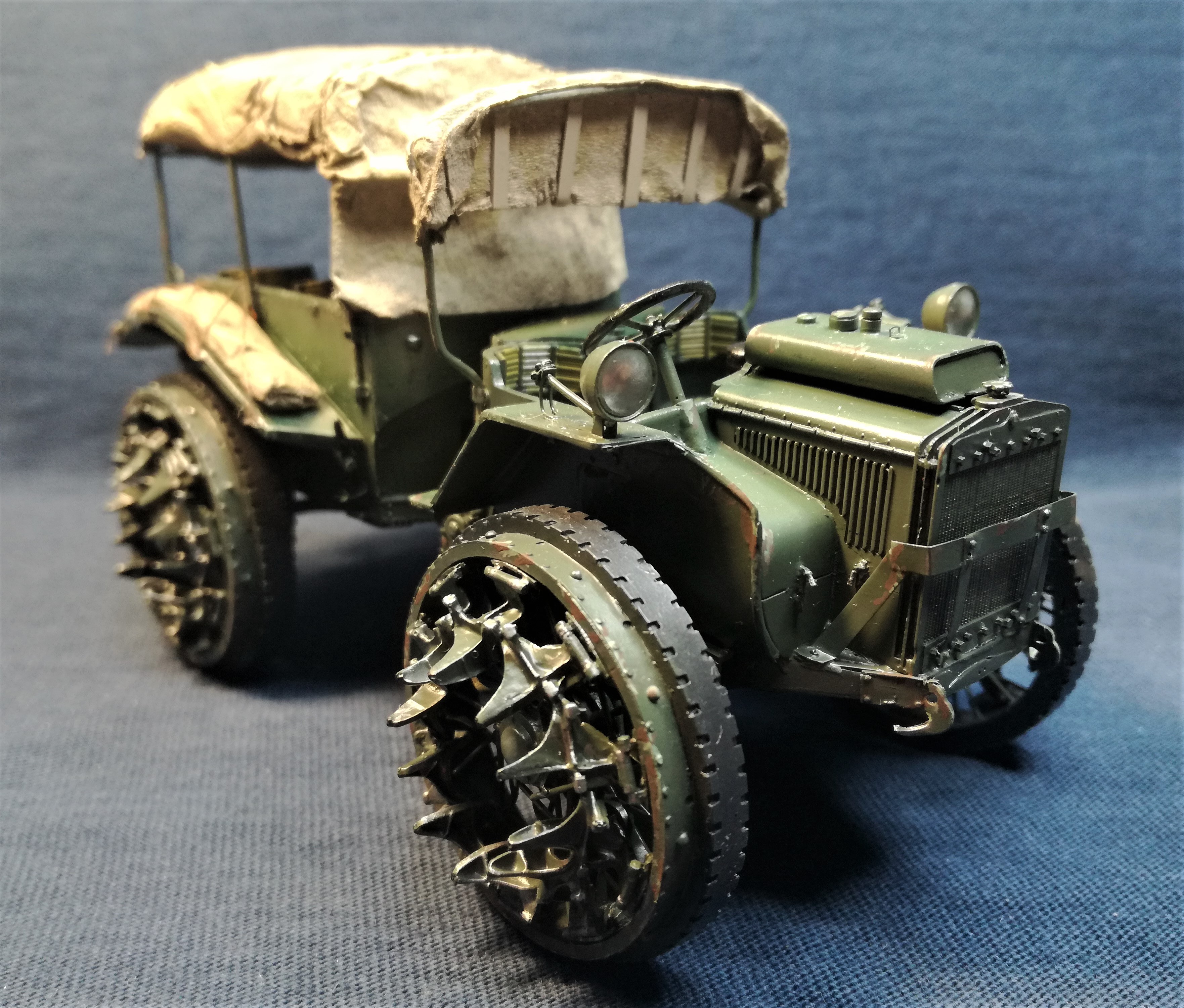 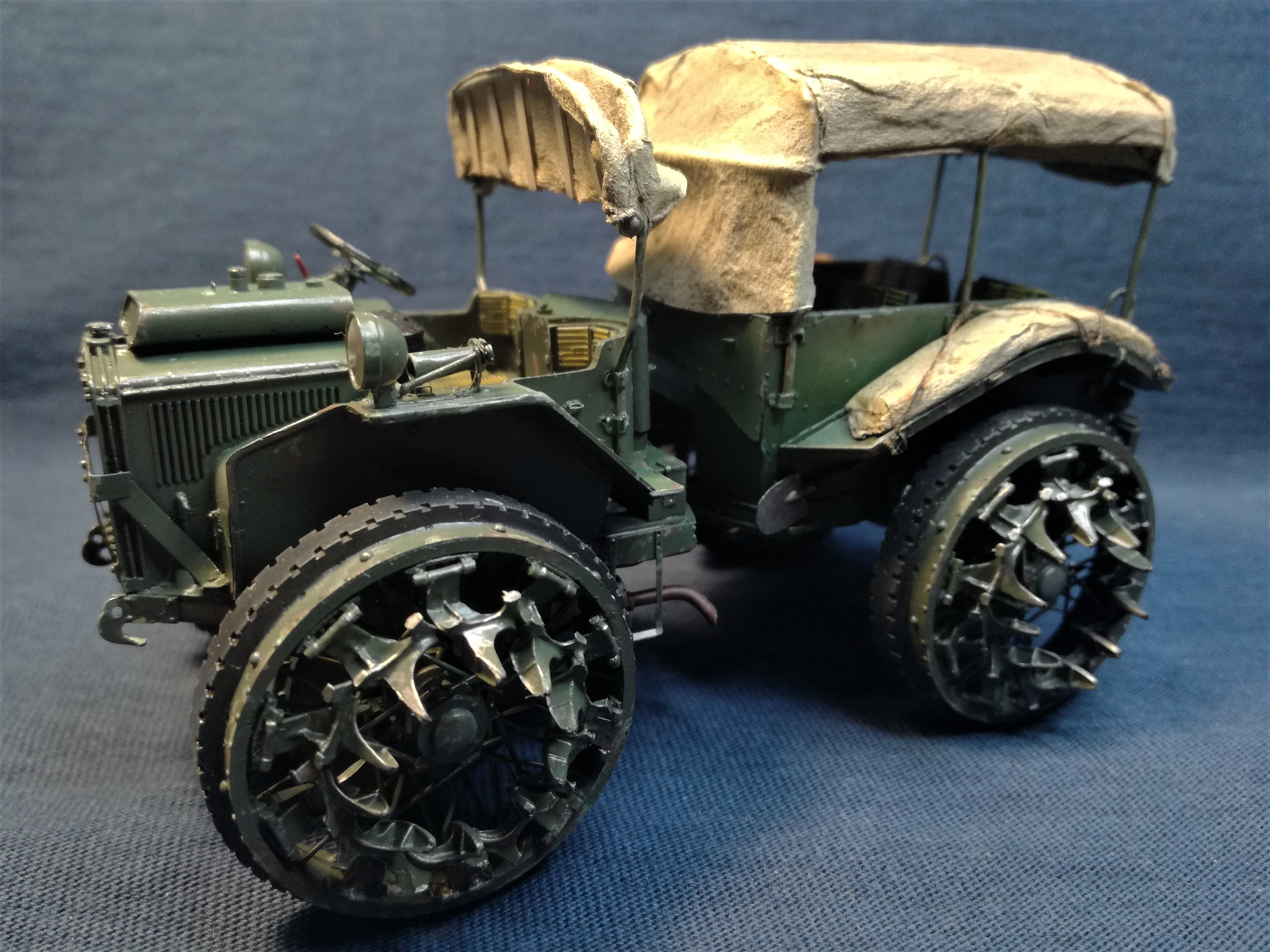 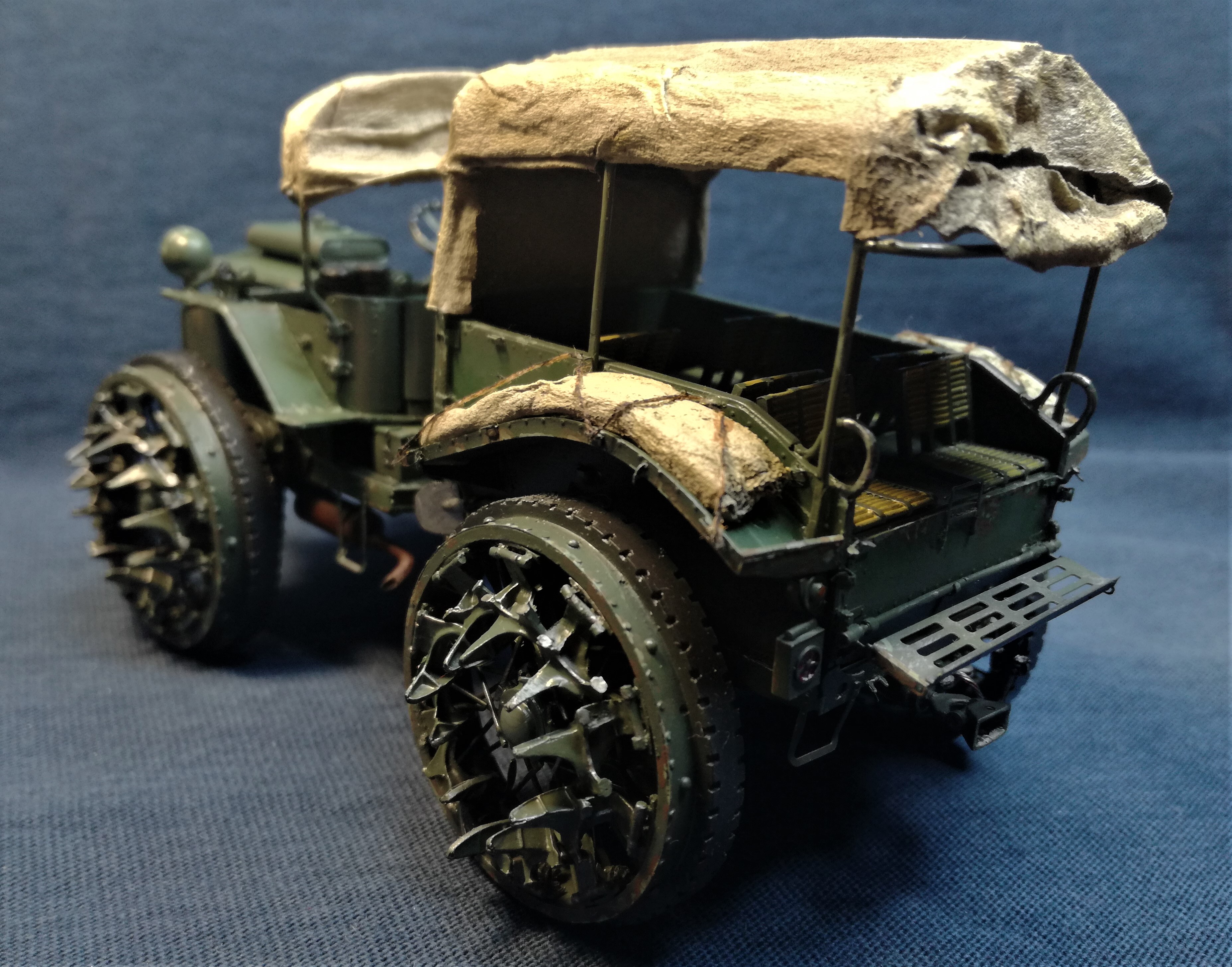 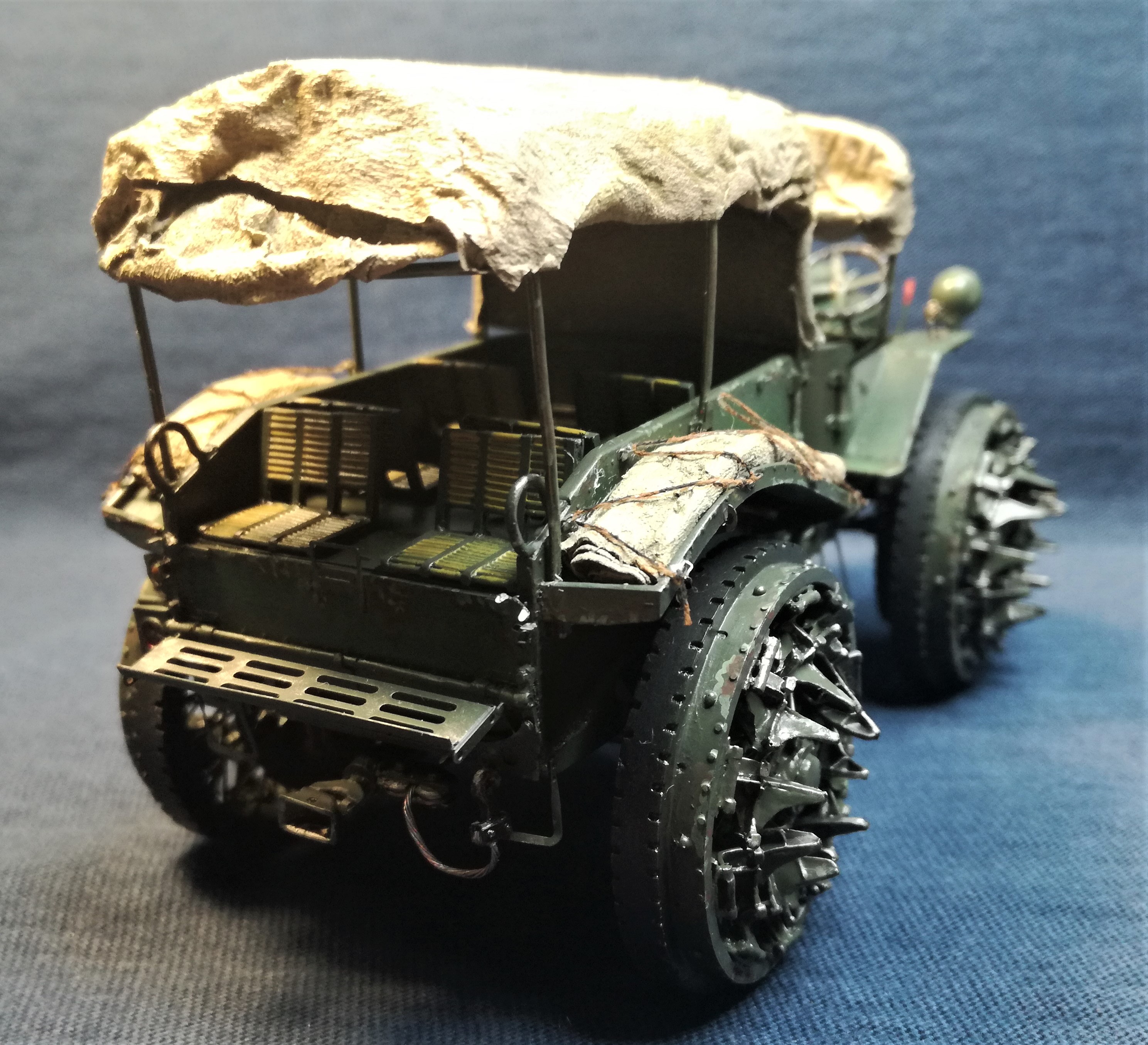 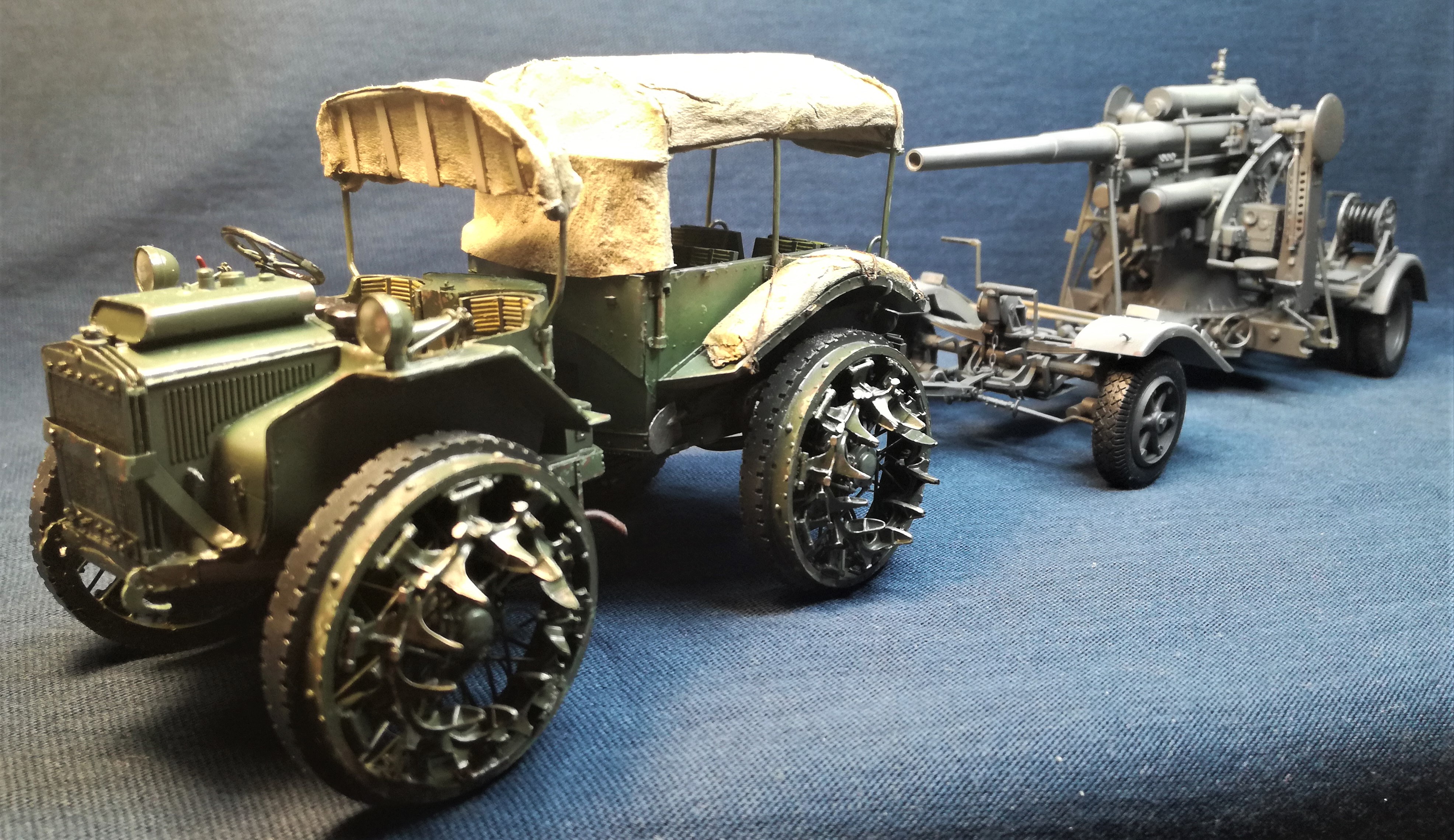 Thank you for the wonderfull Campaign!