The aircraft has modified radio installation and dismantled Venturi tube, however some device (connecting rod?) previously hidden inside remained.
This machine was repainted several times between January and March 1945: green camouflage was removed in January (but some remnants of it remained on upper sides of ailerons, what I'm trying to show here), and in March she was camouflaged again with dark green mottling on upper surfaces and sides.
White stripes on wings and fuselage identified airplanes assigned to the homeland defense air force. 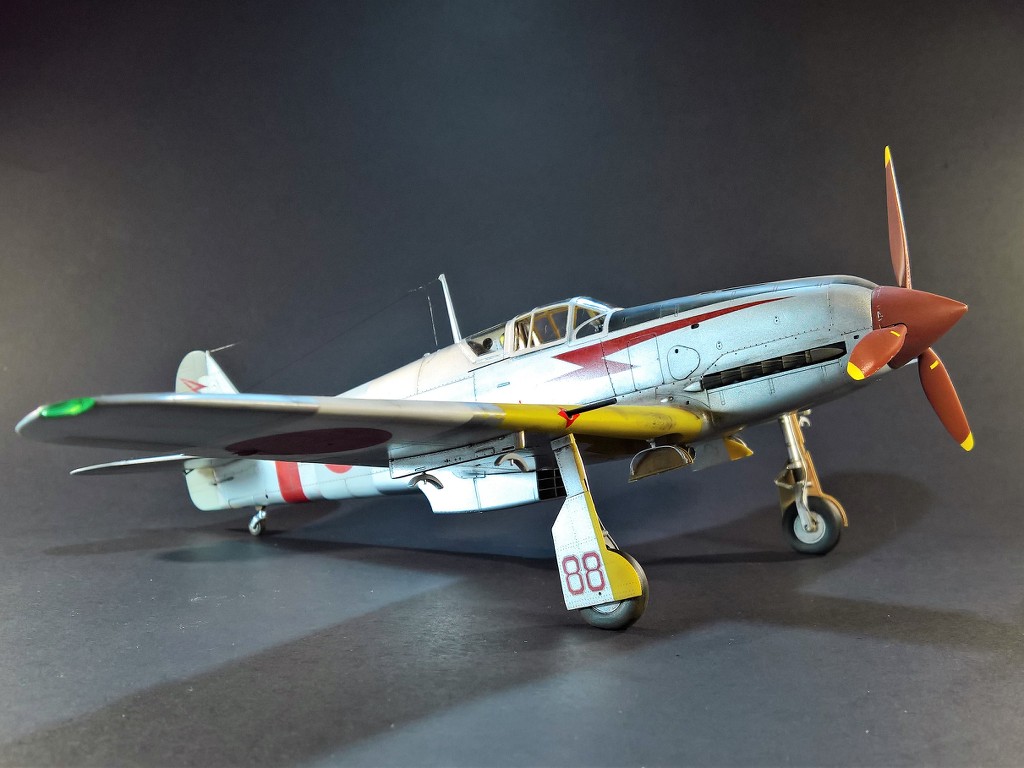 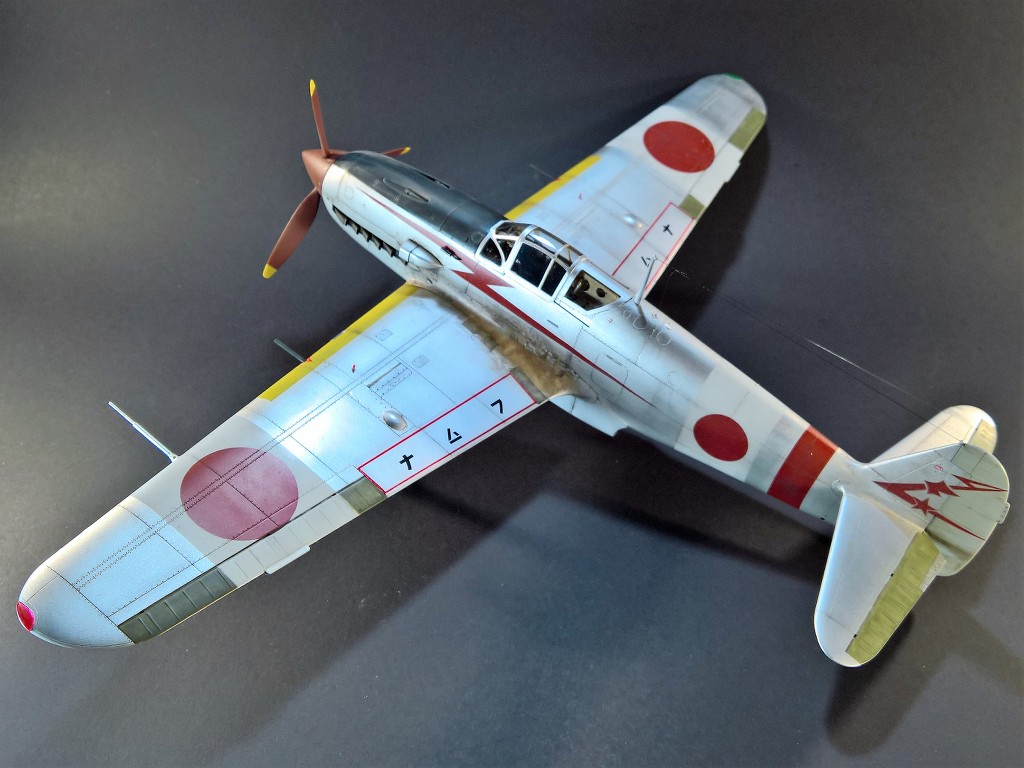 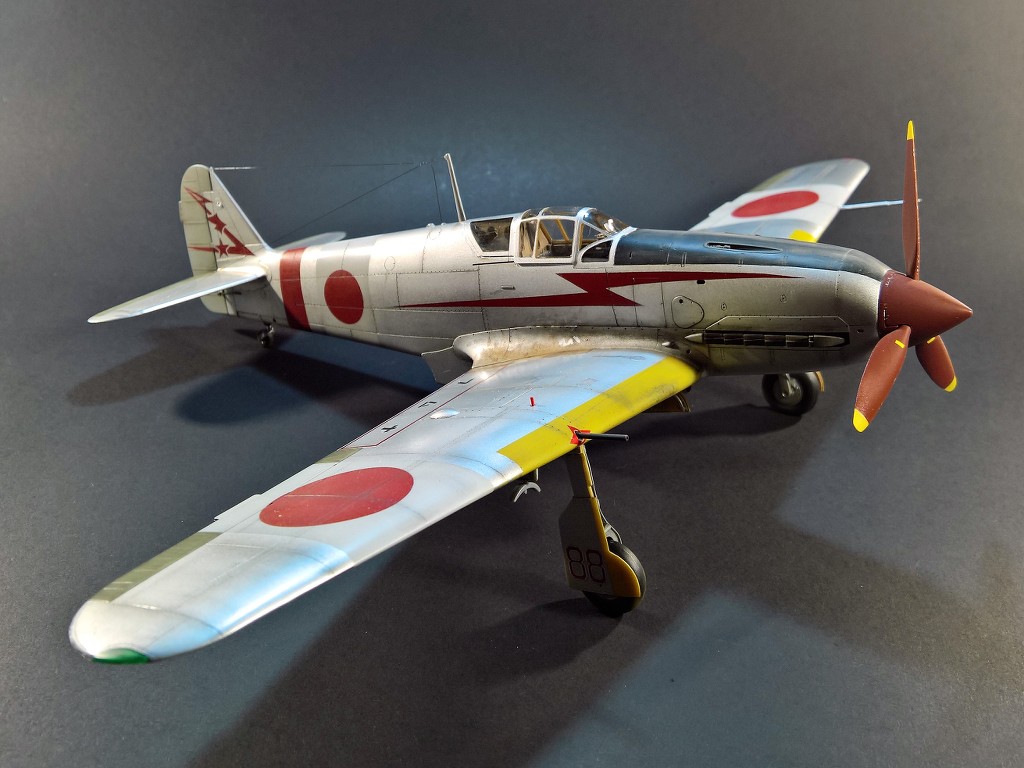 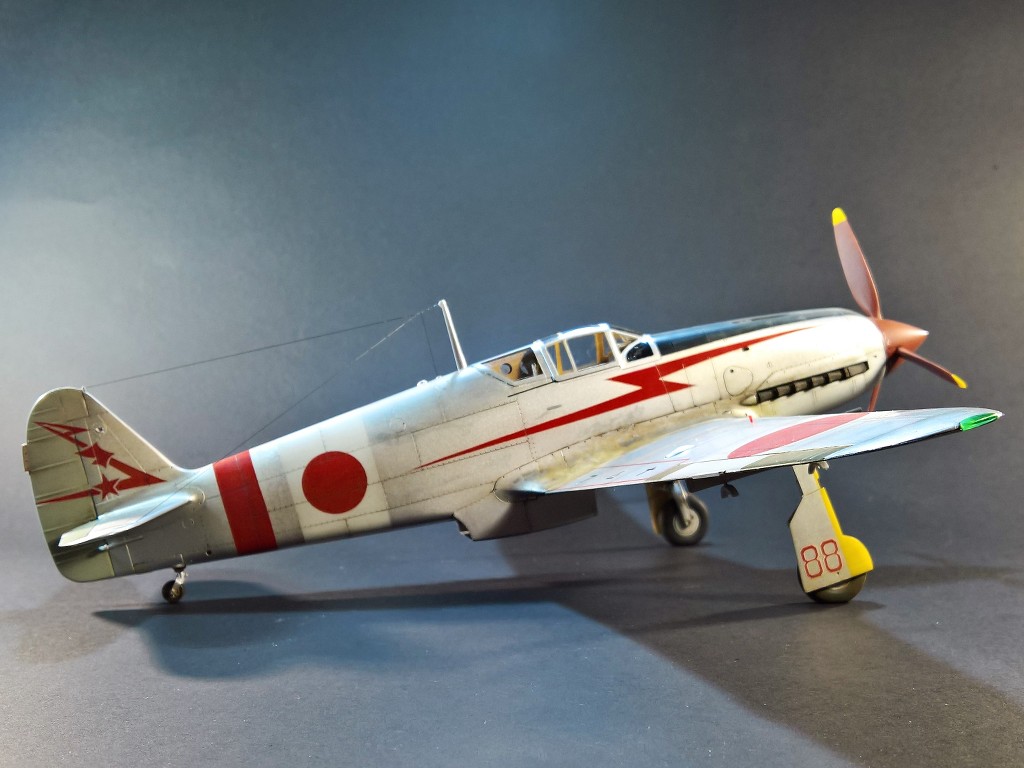 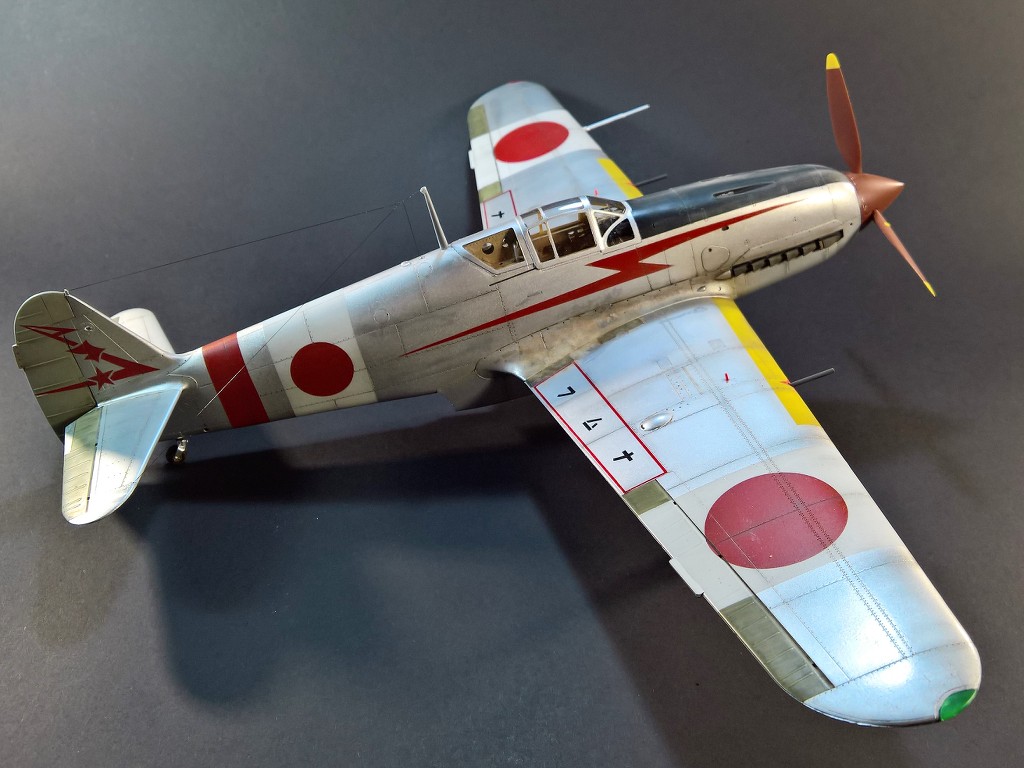 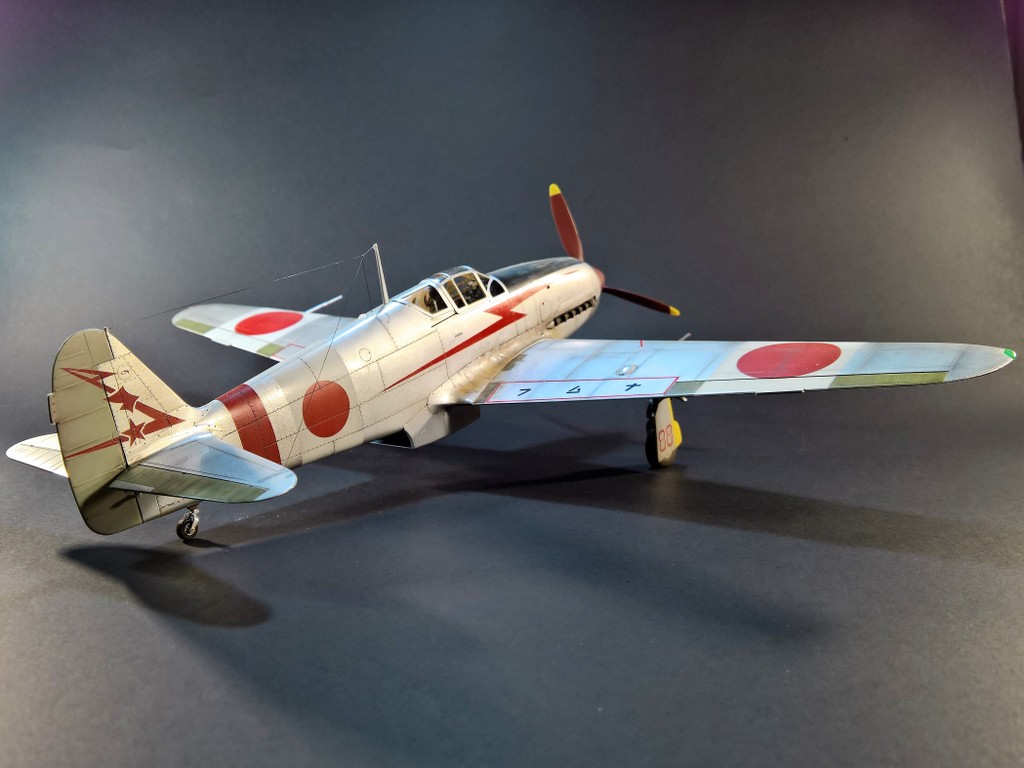 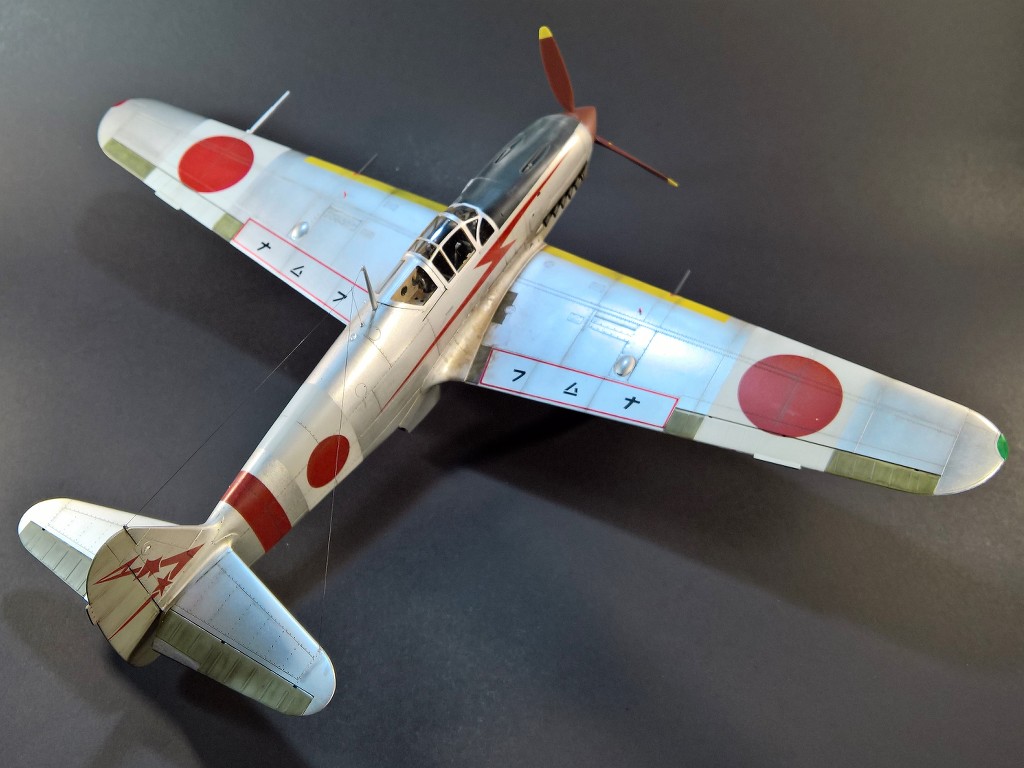 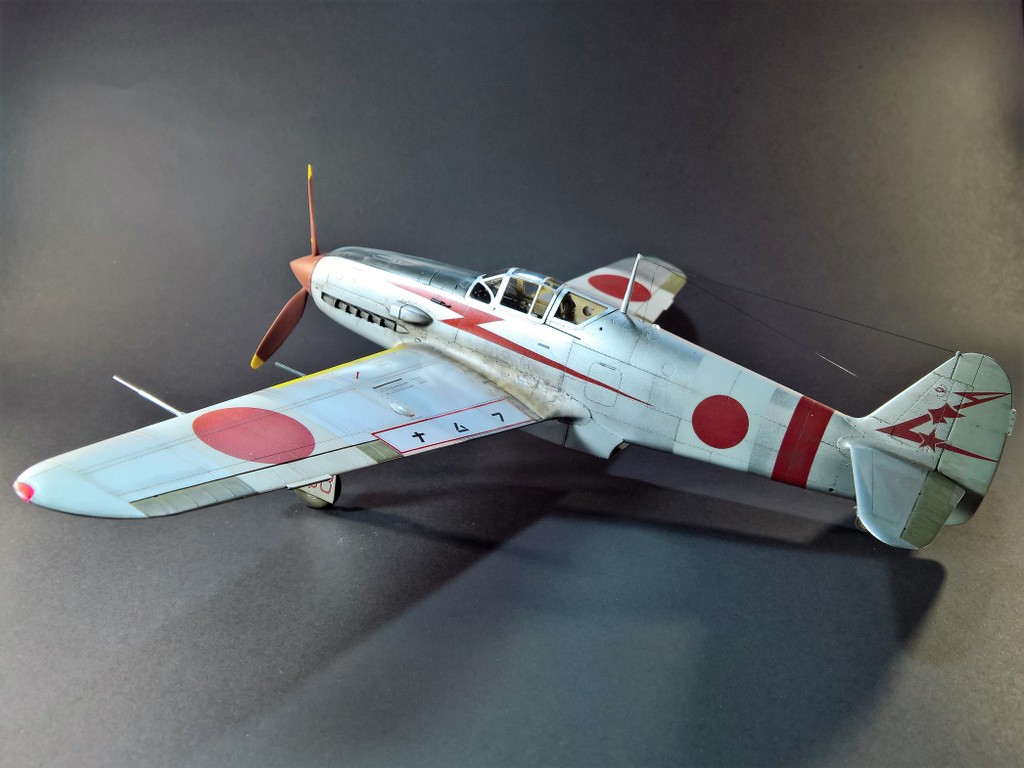 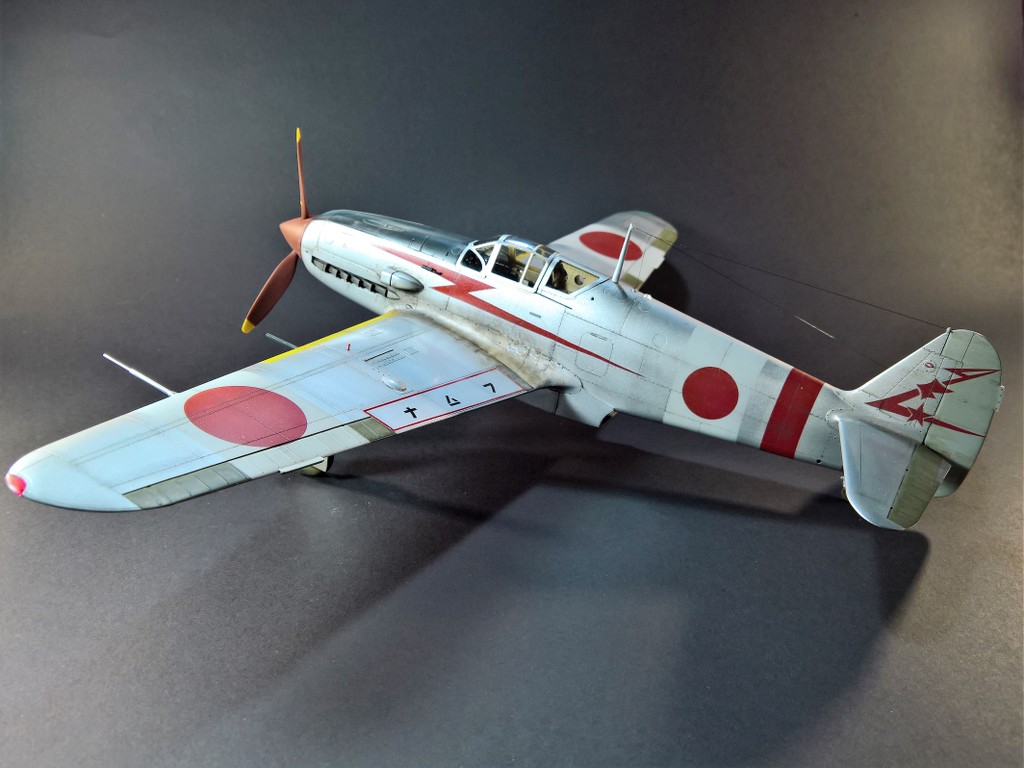 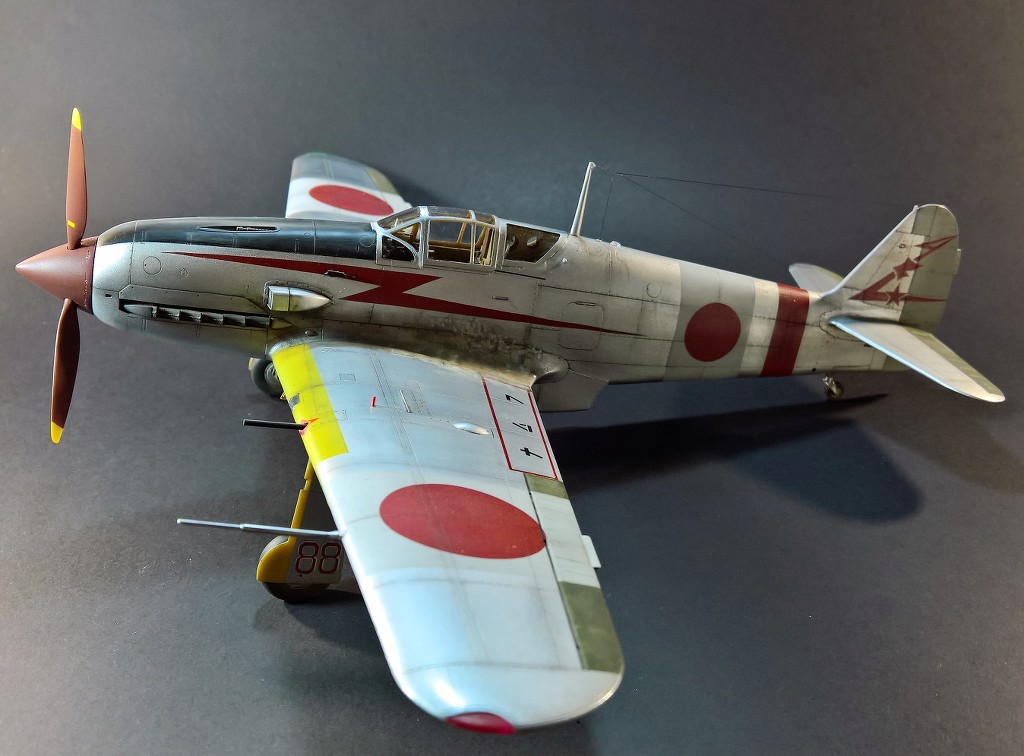 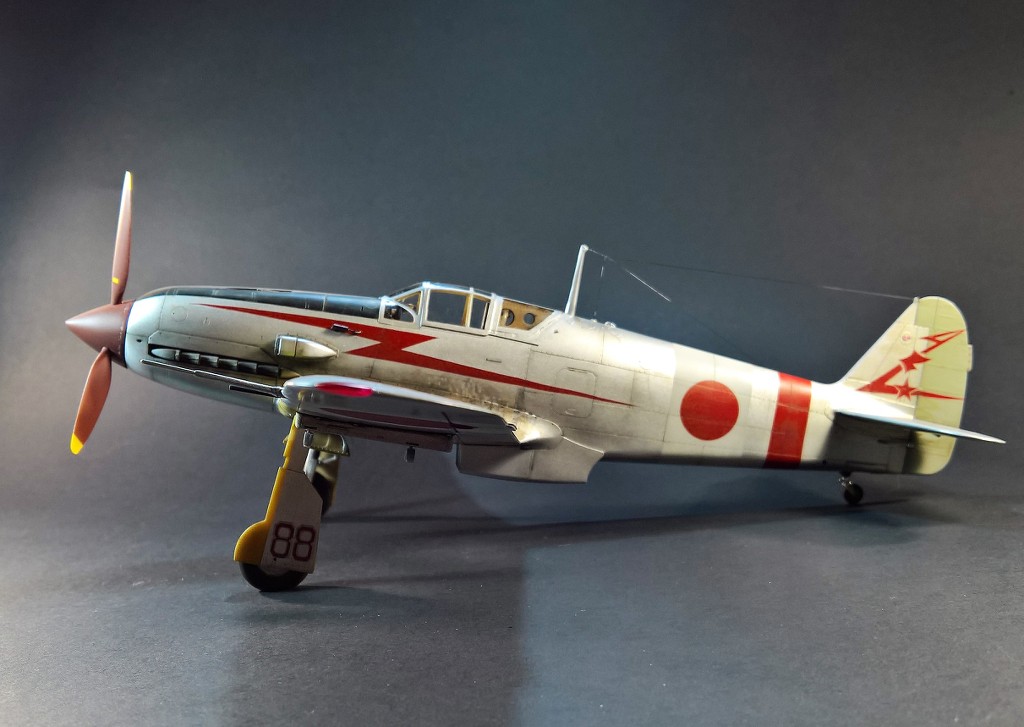 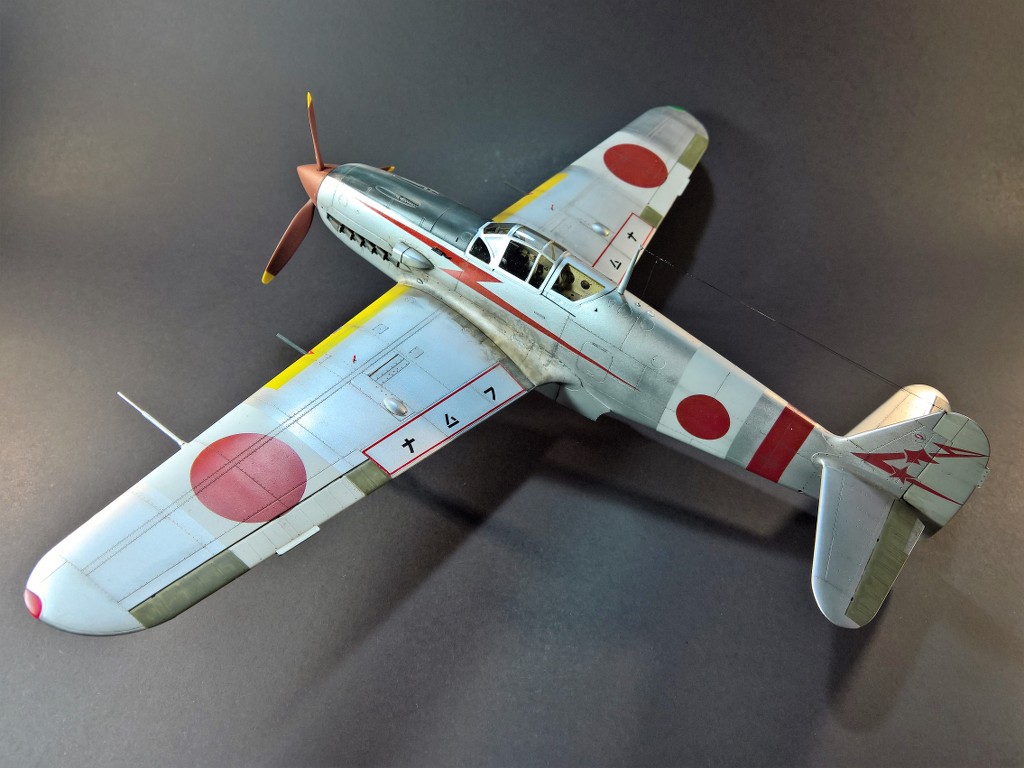 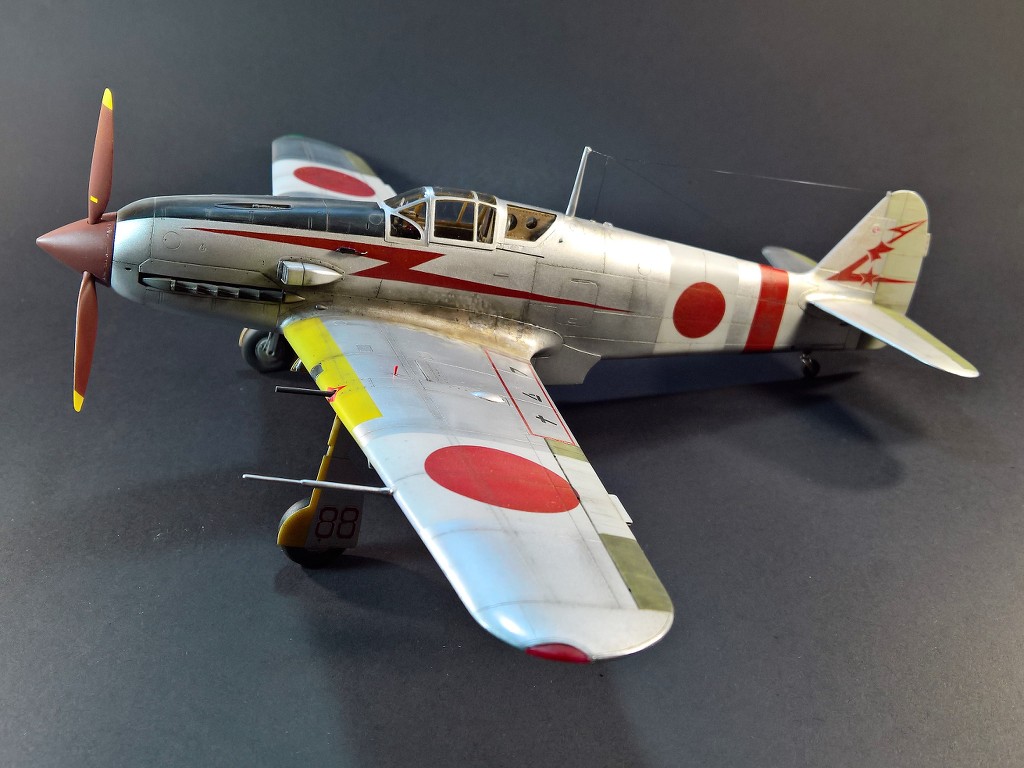 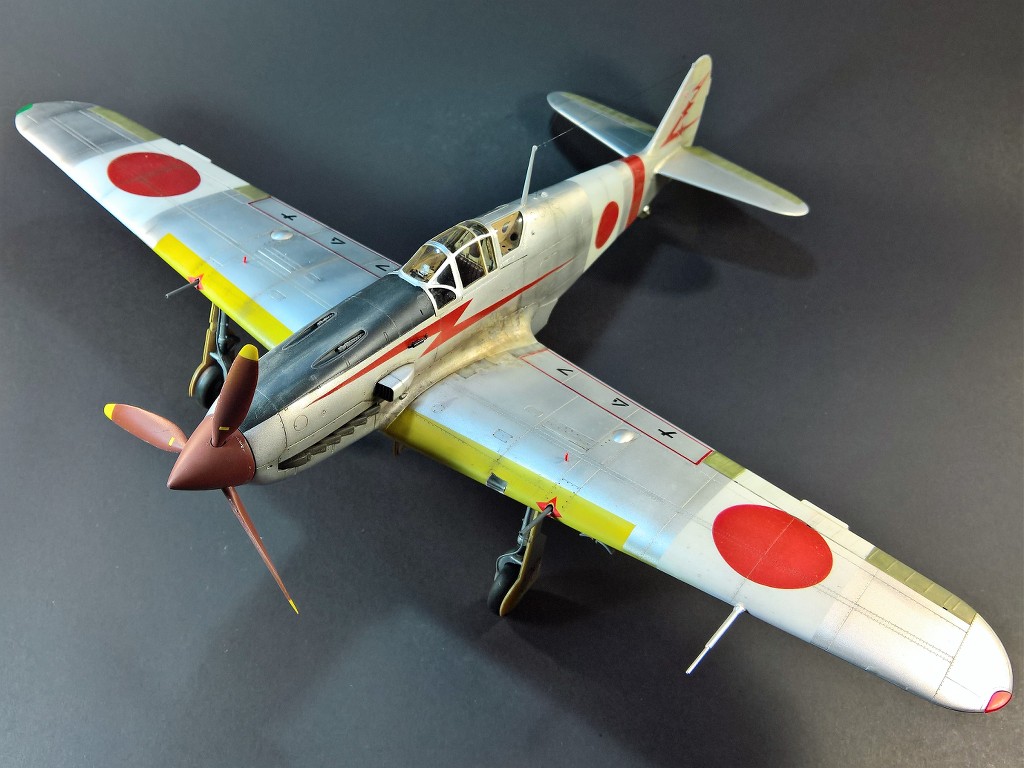 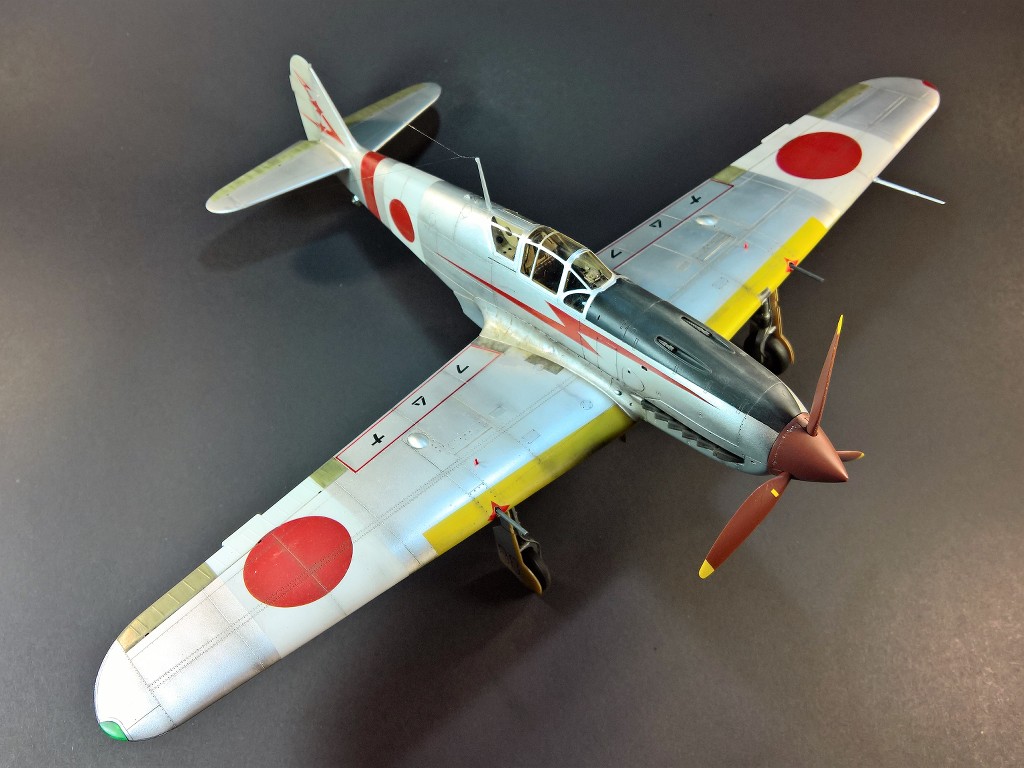 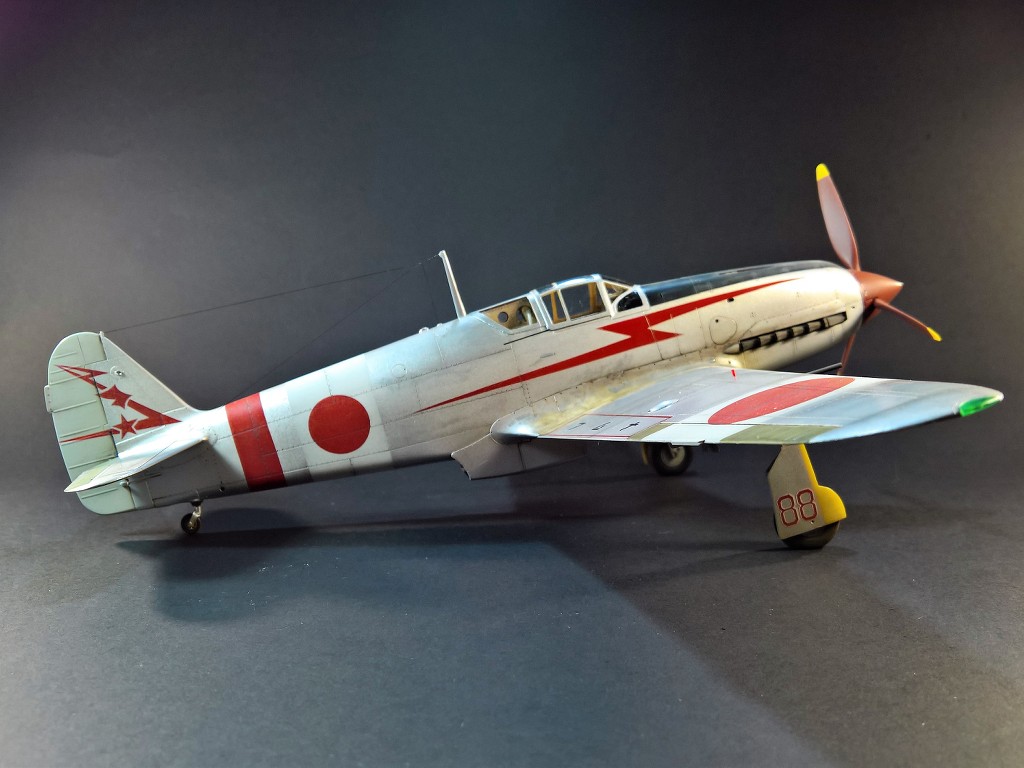 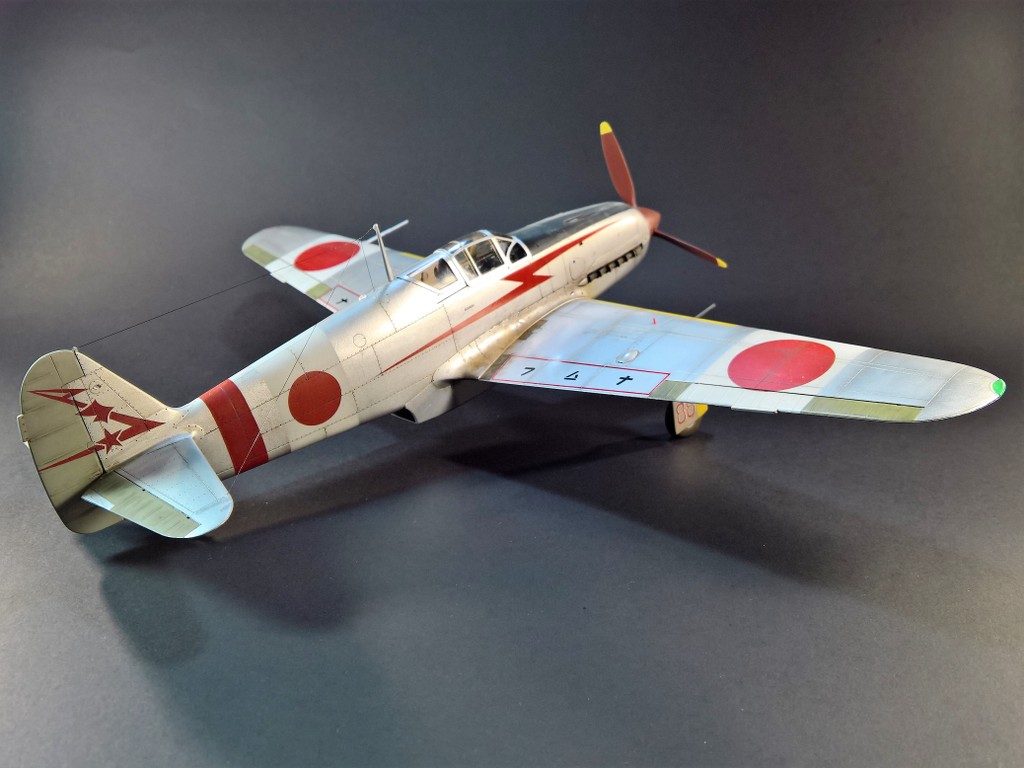 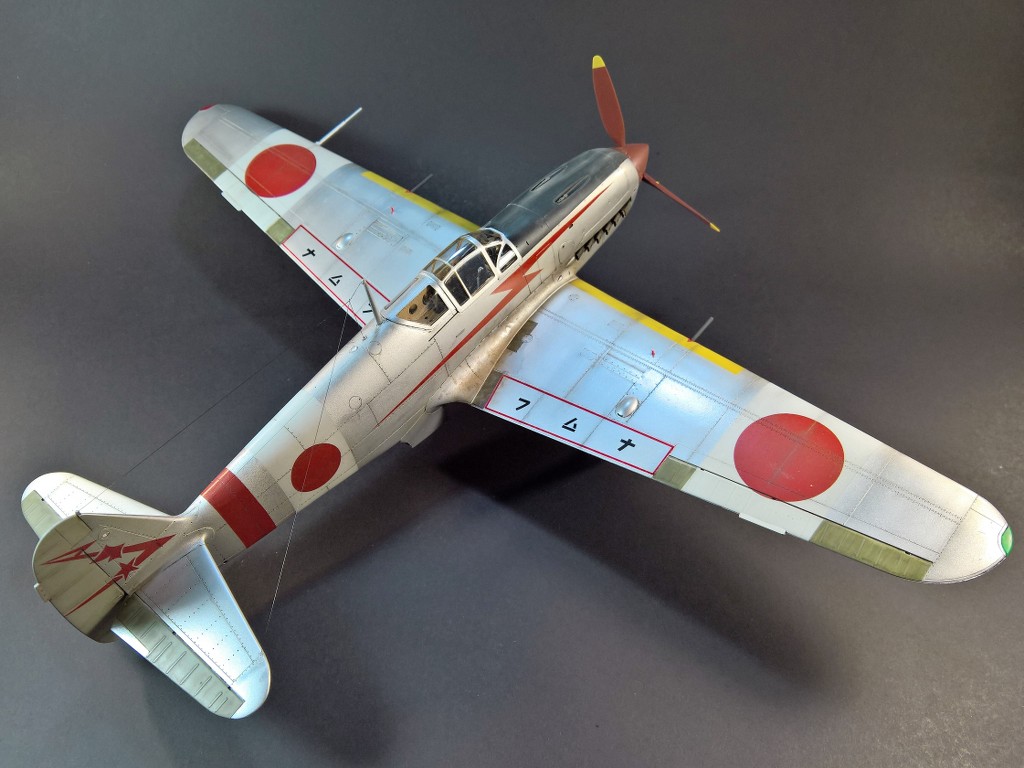 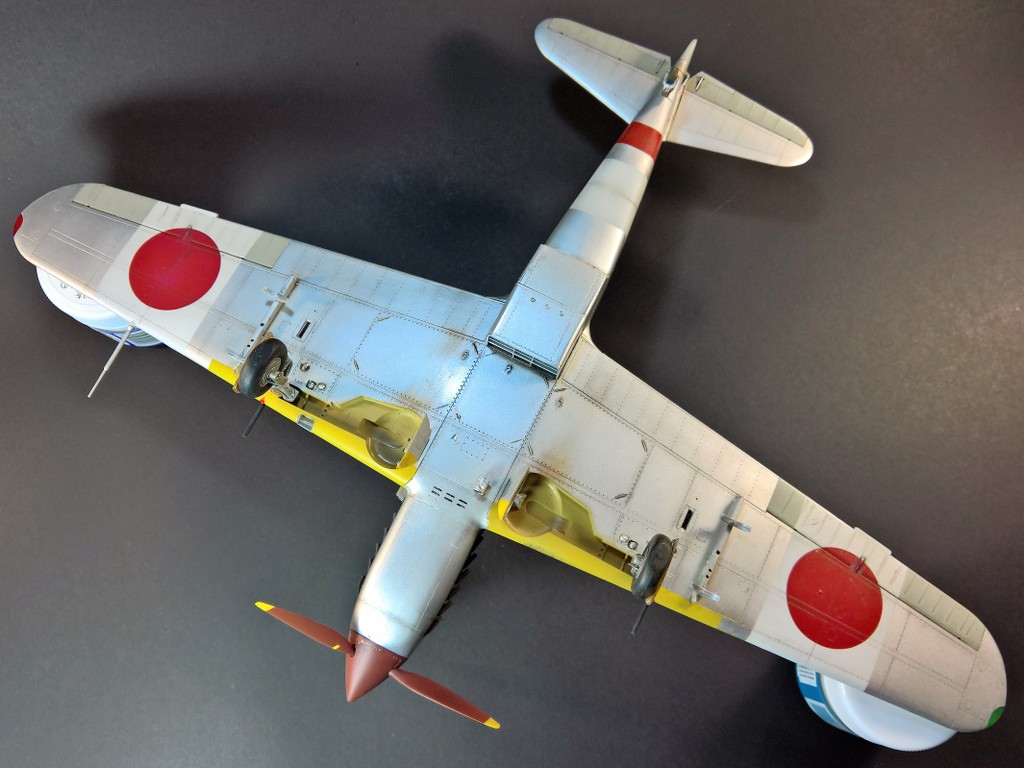 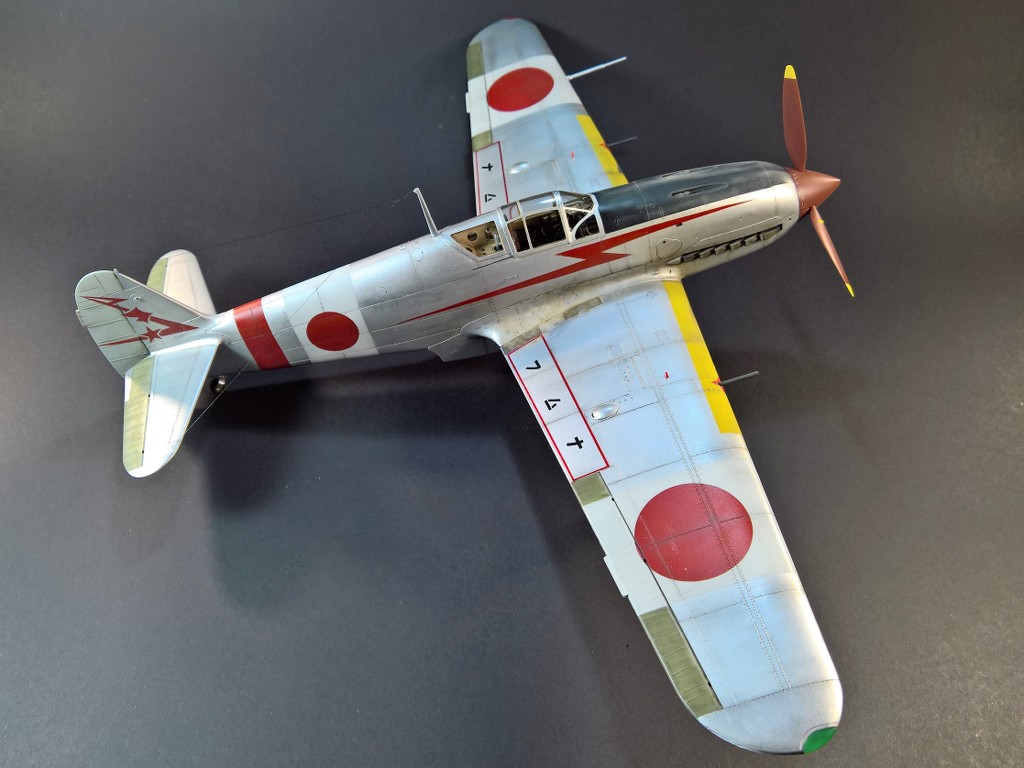 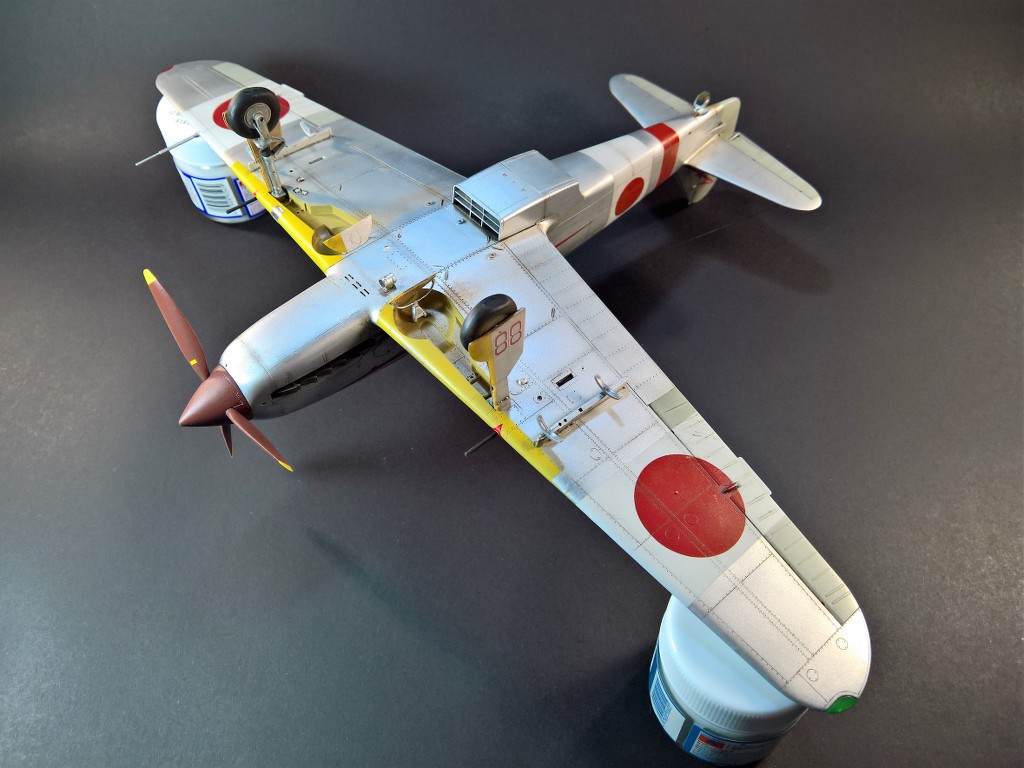 REPLY & QUOTE
Joel_W (Joel Willstein) said
Hubert,
What an outstanding build. Your NMF looks as it should for a well used operational aircraft. The traces of the camo paint scheme really has an authentic look to it. You can barely see it, but it's certainly there. And your weathering isn't overly done, yet one can plainly see that this aircraft is being used to its max.

REPLY & QUOTE
AussieReg (Damian Rigby) said
Totally agree with Joel, outstanding build. So much detail in the paintwork and markings, it really tells the story of an aircraft that has been through a lot!

Excellent work Hubert, thanks for sharing.

REPLY & QUOTE
Kendzior (Hubert) said
Joel, Damian - many thanks for your comments, glad that you like it.

NMF was painted with Vallejo's Liquid Silver, which worked perfectly. Weathering done with AK washes and pigments - not overdone, because Japanese maintained their airplanes very well and kept them clean, especially in 244.Sentai, so much present in their propaganda photos and newsreels.

REPLY & QUOTE
lespauljames (James Cann) said
A very beautiful model. The nmf is fantastic and love the contrast between the nmf and the matte parts. I didn't know about Vallejo liquid silver and it looks as good as alclad here. !

REPLY & QUOTE
Support Our Troops! Hit the Yes button If you find reviews or features helpful.

REPLY & QUOTE
Kendzior (Hubert) said
Thanks, James.
Liquid Silver is different, first of all, there's very limited available color range, and it is alcohol based. Almost doesn't smell during spraying.
Can be applied also with a brush.

Must say that I like this paint a lot.

I've been known to build a few things

REPLY & QUOTE
Kendzior (Hubert) said
Richard, Matt - thanks a lot, glad that you like it.
Now I can come back to my Ki-100, that will be my fourth Hien this year